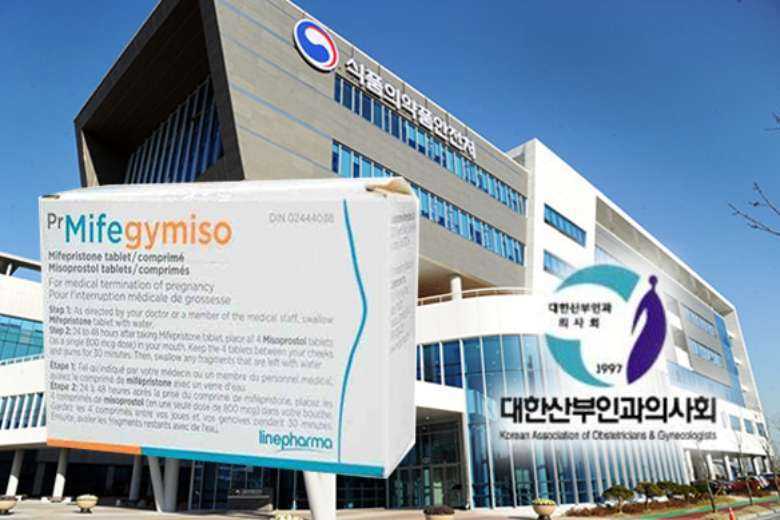 South Korean drug firm Hyundai Pharmaceutical filed an application for authorization of Mifegymiso in July. The application came after the company signed an exclusive agreement with UK-based drug maker Linepharma International to sell its product in the country with the local name.

Mifegymiso is a combination of two drugs: one tablet of mifepristone and four tablets of misoprostol. It can be used to terminate pregnancy in the early stages.

If approved, it will be the first legal anti-abortion drug in South Korea, where abortion was legally banned until two years ago.

Following a lengthy debate, the Constitutional Court on April 11, 2019, ruled that criminalizing abortion was illegal and ordered the government to end the ban on abortion by 2020. In January this year, the parliament passed legislative measures to declare the criminalization of abortion as unconstitutional and to repeal the previous laws.

The abortion pill has sharply divided medical experts and the drug ministry.

It might cause unpredictable pain and bleeding, and it can lead to death if it is discovered late

The ministry has reportedly moved to waive a bridging clinical trial for the pills to speed up the approval process, triggering strong opposition from the Korean Association of Obstetricians and Gynecologists, reports the Korea Times.

The ministry says given the fact that mifepristone and misoprostol are being widely used in other countries, a bridging clinical trial can be exempted in South Korea.

A bridging clinical trial is a supplementary study to get clinical data on their efficacy, safety and dose regimen for local patients before introducing a new drug in a new region or country.

As per South Korea’s existing healthcare regulations, it might take more than two years for the abortion pill to hit the market if the trial is conducted.

Dr. Agatha Kim Chan-joo, a specialist in obstetrics and gynecology at Catholic-run St. Mary's Hospital in Uijeongbu, warned about fatal complications if the abortion bill is allowed without a clinical trial.

"It might cause unpredictable pain and bleeding, and it can lead to death if it is discovered late. The patient might faint and collapse due to bleeding while taking the pill alone at home,” Kim told Catholic Times of Korea.

Without a clinical trial, the abortion pill can become a “killer drug,” she insisted.

Olivia Bang Seong-yeong, a Catholic attorney and member of the Catholic Bioethics Advisory Committee of the Archdiocese of Seoul, warned that while South Korea has not formulated any legislation related to abortion, women remain unprotected if such dangerous drugs are introduced.

“In the current situation where abortion is no longer a crime, both sellers and buyers are free from any complications resulting from abortions. If the pill is approved without trials, it will mean negligence toward women, leaving them vulnerable without any protection,” she said.

By moving fast with the abortion pill, the authorities are attempting to shed their responsibilities to protect life of women, said Father Park Eun-ho, director of the Catholic Bioethics Institute.

“Allowing the sale of abortion pills to be used by women is an easy way of shifting responsibility for the life of women solely onto them. The society needs to realize this is a further violation of their rights and interests,” Father Park said.

The Korean Church has long campaigned for the protection of life and opposed abortion based on the Catholic Church’s stance on “sacredness of life” that teaches that human life must be protected "from the very moment of conception."