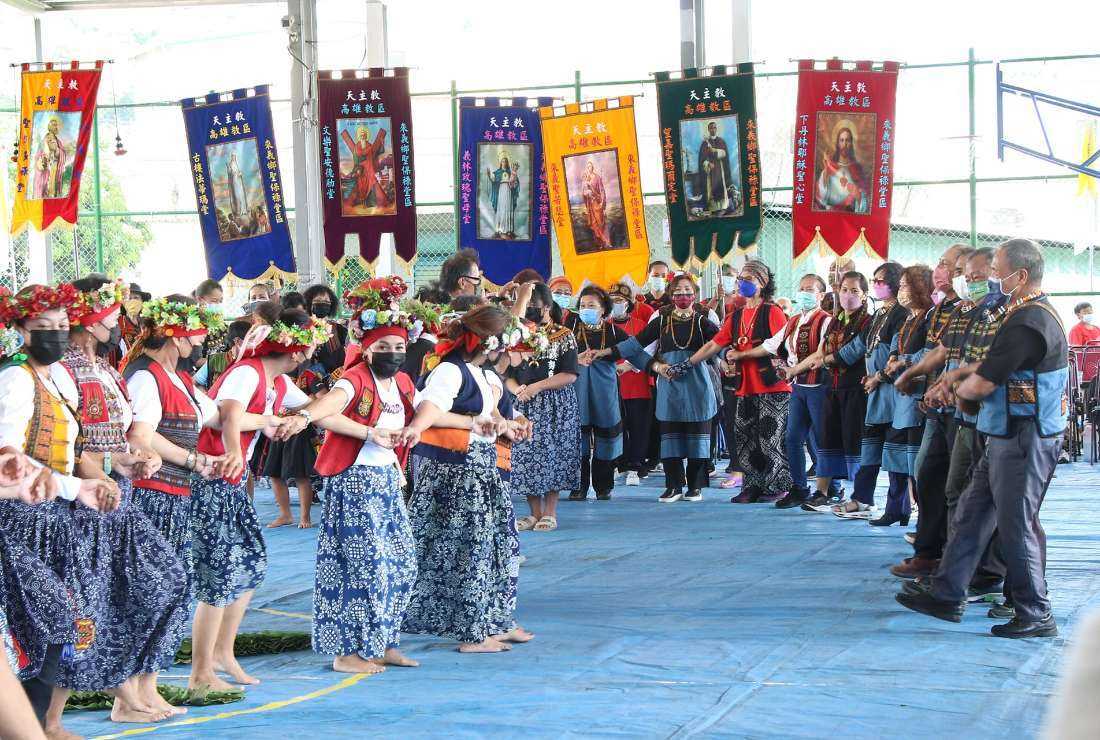 Dressed in traditional, colorful costumes hundreds of ethnic indigenous people in Taiwan sang songs, danced and prayed together as they joined a church-sponsored celebration to mark the jubilee of constitutional recognition of rights.

The day celebrates the official naming of the island nation’s aboriginal communities as “indigenous peoples” on July 18, 1997, and the constitutional recognition of ethnic communities as the country’s original inhabitants.

The daylong celebrations included cultural events that featured performances from local ethnic communities and were attended by lawmakers, government officials and representatives of the parishes in the diocese, said a report on the diocesan website.

Local indigenous Catholics participated in the events dressed in traditional attire some of which date back to 6,000 years.

A major highlight of the day was the singing of an ancient folk song in the ethnic Paiwan language by each of the ethnic groups.

In his homily, Bishop Pu, a member of the ethnic Tsou community, highlighted the need to teach language and culture to the young through families.

“How can the church cooperate with families to pass on the salvation received by the previous generation to the next generation? These are the goals that the Aboriginal Pastoral Committee of the Episcopal Conference will work towards together,” Bishop Pu said.

Since 2006, the Catholic Bishops of Taiwan have celebrated the first day of August as Aboriginal Day.

Taiwan amended its Constitution on Aug. 1, 1994, to recognize aboriginal communities as the first inhabitants of the country. It paved the way for the national recognition of 16 indigenous groups.

Taiwan’s aboriginals are collectively known as Austronesian people with linguistic and genetic ties to the people of the Philippines and other Polynesian groups, according to the Guide to Taipei website.

In a separate event on Aug. 1, Taiwan’s President Tsai Ing-wen called on citizens to pay due respect to indigenous peoples.

“Society should pay respect to and learn from indigenous peoples,” President Tsai said in her address to the nation, Taipei Times reported.

She also added that the government is collaborating with the indigenous people to make them “more mainstream.”

The Catholic Church in Taiwan has about 300,000 members in one archdiocese and six dioceses, church data shows. A sizeable number of Catholics are refugees from mainland China and migrants from various countries including Vietnam, the Philippines and Indonesia.

Formerly known as Formosa, Taiwan is a sovereign and democratic nation, but it never officially declared independence. China considers Taiwan a breakaway province and has threatened to annex it militarily.

The island has been home to aboriginal communities for centuries until the arrival of Dutch traders starting with the Dutch East India Company in 1624. The arrival of the Spanish two years later helped introduce Christianity to the island.

The country was under the despotic rule of military dictator Chiang Kai-shek from 1950-1975 and his son, Chiang Ching-kuo, from 1978-88. During that period many Taiwanese were accused of being anti-government and faced oppression, jailing and executions.

Taiwan gradually moved to democracy through a series of legislative reforms in 1980s to 1990s.