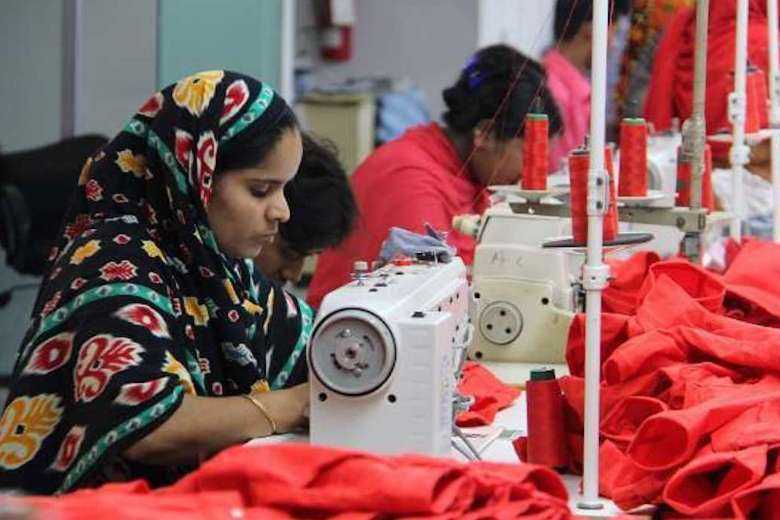 Thousands of Bangladeshi garment workers have lost their jobs during the Covid-19 outbreak and continue to live in misery due to loss of income. (Photo: Stephan Uttom/UCA News)

The labor-intensive garment industry in Asia has fallen on hard times after being let down by international brands and retailers, giving a chance to the Catholic Church to side with more than 65 million poor workers.

Pope Francis has been trying to develop a “church of the poor for the poor” during his pontificate, which started seven years ago.

The Asian Church should come forward with its inclusiveness and compassion for poor garment workers who have been let down by respective governments and global fashion retailers for whom they toil.

The relationship between global fashion brands and those who make their clothes has long suffered from a power imbalance. These firms do not just buy garments but are in control of every step of the production process.

Garment workers in low-wage countries like Bangladesh, Cambodia, India, Indonesia and Vietnam have been pushed to the wall during the pandemic while international brands and retailers are minting money.

Clothing workers accumulated US$11.85 billion in unpaid wages and severance payments from March 2020 to March 2021, according to the International Labor Organization (ILO).

Asian workers were driven deeper into the abyss due to unfair trade practices by the big brands and retailers, sudden cancellations and price reductions

“It’s a figure that represents unimaginable and often irreparable human pain,” Khalid Mahmood from the Labor Education Foundation in Pakistan was quoted as saying by pontifical news agency Fides.

Complaints have been filed in India and Sri Lanka, and are pending in Indonesia and Pakistan, against multinational fashion brands.

In India, the Asia Floor Wage Alliance (AFWA) and labor unions have filed a legal complaint against H&M in the southern city of Bengaluru for alleged labor abuses in 2020.

Garment workers in Cambodia have knocked on the doors of the world's biggest brands to recover millions of dollars in wages lost due to the pandemic.

An AFWA report claimed that many of the world’s largest fashion brands are jointly responsible for the destitution of millions of garment workers across Asia.

Asian governments and civil society groups have failed to come up with relief packages. Those performing yeoman service for garment workers are overwhelmed by the sheer numbers.

A report titled “Un(der) paid in the Pandemic” by the Clean Clothes Campaign, which deals with the production chain in garment industries around the world, found that textile workers suffered economic losses of between $3.2 and $5.8 billion in the first three months of the Covid-19 pandemic.

According to the report, Asian workers were driven deeper into the abyss due to unfair trade practices by the big brands and retailers, sudden cancellations and price reductions.

With retail sales plummeting in key export markets like the US and European Union where the most stringent lockdown measures were in place, garment workers and enterprises throughout supply chains were hit without exception.

According to ILO studies, garment exports from Asia dropped by up to 70 percent in the first half of 2020, forcing thousands of factories to down the shutters, either temporarily or indefinitely.

When factories became active during the pandemic, they started to operate with a reduced workforce.

The pandemic has worsened underlying challenges like discrimination and harassment, under-representation, wage gaps and family obligations for female garment workers

The use of new automation technologies and robotics will force them to acquire new sets of skills to stay relevant in the job market.

Female garment workers in Asia are known for low levels of collective bargaining both at sector and factory levels. Their economic woes were exacerbated by existing inequalities in earnings, workload, occupational segregation and unpaid care work.

According to an ILO report “Gendered impacts of Covid-19 on the garment sector,” the pandemic has worsened underlying challenges like discrimination and harassment, under-representation, wage gaps and family obligations for female garment workers.

The Asian garment industry is forecast to be worth about $520 billion by 2024 from $380 billion in 2018. The main textile yarn products used in Asia are polyester and cotton.

China controls the global trade with a share of 37 percent of the textile and apparel sector, followed by India, Bangladesh, Indonesia, Vietnam, and Cambodia.

According to the ILO, the garment industry is set to witness a post-pandemic pressure which will likely increase the uptake of new sewing technologies to undergo a shift in manufacturing.

Converting fabrics for sewing demands dozens of complex motions to insert the cutting and stitching. This calls for use of advanced sewbots that use cameras, mapping, artificial intelligence and algorithms. This expensive technology requires new workforce skills before adoption.

Automation in the garment industry in Asia with the notable exception of China has been slow as sales of robots in the sector have not gathered steam.

China’s garment industry has invested heavily in automation technologies and has switched over higher value-added goods following the end of the Multi-Fibre Arrangement in 2005, which controlled textile export quotas from developing countries to developed countries.

The decision to replace workers with machines will be influenced by wage levels, availability of new technologies, workers’ technical skills and an expectation of constantly growing consumer demand.

Millions of workers with historically low wages are without income at a time of extreme health risks. Most of them are young women, often the family’s primary breadwinners. They will find it hard to make ends meet.

It is part of the Church’s mission to join the struggles of these people. A church that keeps itself aloof from the daily worries of the people cannot be the “church of the poor” that Pope Francis wants Catholics to become.

The Asian Church is a numerical minority, but when it stands with the struggling minority communities, it can become a church relevant to the majority and accomplish its mission

Maybe, an Asia vandalized by Covid-19 provides an opportunity for the global Church to work with its Asian partners by leaving its comfort zones and lending a helping hand to the garment workers to put in place an ethical supply chain with more room for transparency.