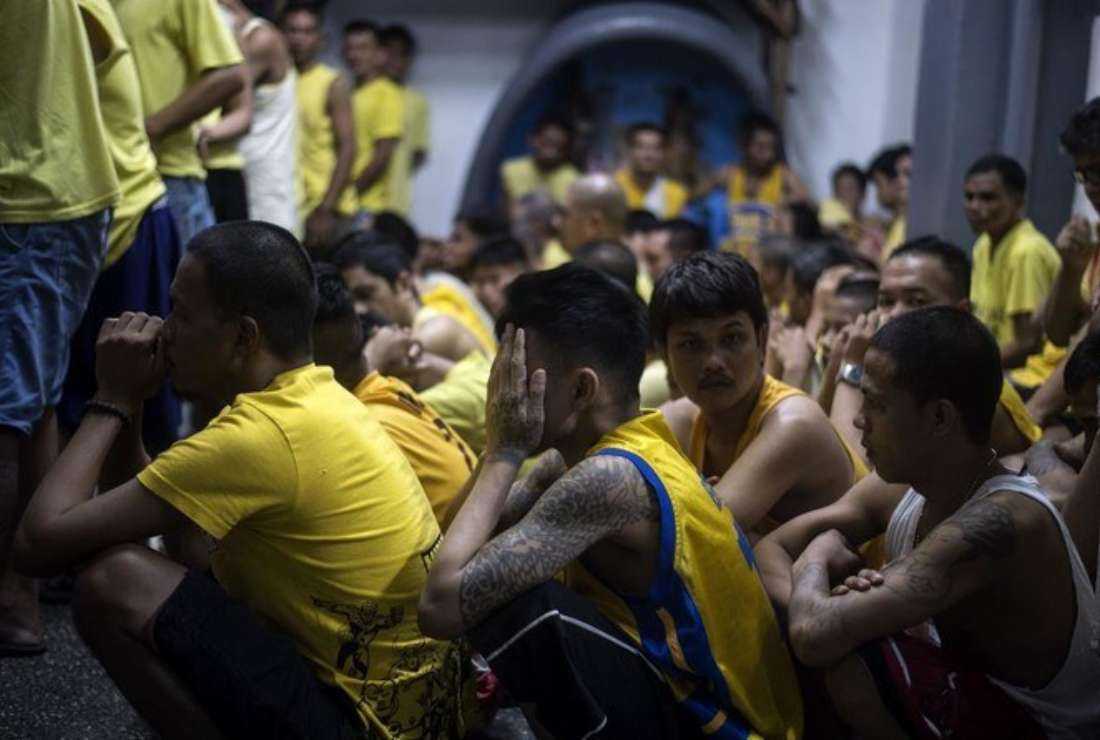 Prisoners are seen inside a penitentiary in the Philippines. (AFP photo)

Catholic bishops in the Philippines have called for the dignified burial of dead prisoners as the authorities in the country’s biggest penitentiary started burying 200 unclaimed, decomposing bodies.

The authorities at the New Bilibid Prisons Cemetery in Muntinlupa City started the process of disposal of the unclaimed bodies on Nov. 25 following an order from the Department of Health stating the health hazards entailed in keeping corpses in closed facilities.

The Health Department’s Nov. 22 order “strongly recommended” the disposal of the bodies due to pending infection caused by decaying corpses.

“We need to dispatch the bodies according to the advisory of the Department of Health for the safety of our prison facilities. As much as we would like to wait for their loved ones to claim their bodies… but we cannot wait because we need to dispose of them for public health reasons,” Bureau of Correction officer Donald Worones told UCA News.

The 60 bodies were the first batch to be disposed of among the 200 unclaimed bodies, he said.

The Health Department has given a deadline to claim the corpses but required the Bureau of Corrections to send out a notice to their families one last time.

“When a prisoner dies, we reach out to their relatives, or if from the provinces, they inform the superintendents of each camp to inform the relatives. If we have not heard from them, then we mark each body and we ready them for burial,” prison health officer Clarence Salgado told UCA News.

The Catholic Bishops’ Conference of the Philippines (CBCP) has recently appealed to prison authorities to give a Catholic burial to prisoners who were Catholics.

“Firstly, let us give the deceased their proper burial. Catholics or not, our faith teaches us that our bodies are the temples of the Holy Spirit. Secondly, I humbly appeal to the Bureau of Jail Management and Penology to please observe Catholic rituals in disposing of the dead bodies,” Bishop Joel Baylon, CBCP Commission on Prison Pastoral Care, told UCA News.

The prelates sent clergymen to bless the bodies before they were interred. Their names were also remembered in Masses in several dioceses.

Bishop Baylon said although the prisoners’ remains were not claimed by their loved ones, the Catholic Church would always welcome them as members of the Church.

The prelate said many of the prisoners’ families have intentionally abandoned them because they did not want to spend for the funeral of a former prisoner.

“There’s a stigma in every Filipino family to take care of someone who came from prison. If it’s difficult to reintegrate prisoners who are still alive, how much those who have died?” the prelate added.

The Department of Justice vowed it would arrange for the bodies to be given proper burials consistent with the deceased’s religious beliefs.

“Our first job is to locate the families of the prisoner. Remember they’re cadavers of people who had families. Secondly, we assure that we will give them a proper burial,” Justice Secretary Jesus Crispin Remulla told reporters on Nov. 24.

In 2020, the Bureau of Corrections recorded 1,082 deaths in all of its seven prisons and penal farms nationwide, up by 43.5 percent from the previous year’s 754 deaths.

The number rose further in 2021, with the bureau recording 1,166 deaths among the 48,501 population that year — the highest in its history.