Church at center of controversy in Timor-Leste election 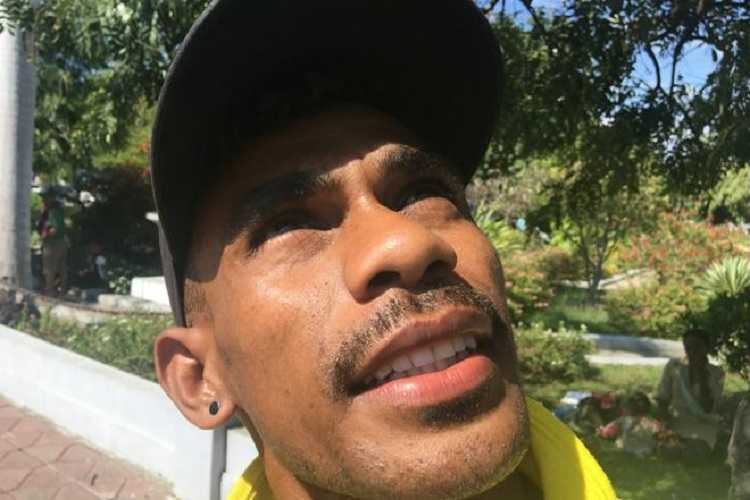 Marcelo, a 19-year-old student, says it is his patriotic duty to vote in the May 12 Timor-Leste election. (Photo by Michael Sainsbury/ucanews.com)

As it faces a second general election in 10 months, the Fretilin-led Timor-Leste government has handed over the first tranche of a promised US$15 million to the Catholic Church amid swirling controversy around support for the party by the head of the nation's bishops' conference.

The church will also station over 900 observers covering every polling booth for the May 12 election in the tiny nation, home to about 1.3 million people, about 70 percent of whom still live in towns and villages dotted throughout the mountainous countryside.

The moves came along with the appointment of four new generals by the government and the release by the opposition AMP alliance of a list of Fretilin-related companies who had won contracts under 10 years of government, making a mockery of rules that were supposed to see campaigning halt for two days before the poll.

"The church has established its own election observers' unit, known as OIPAS, to guarantee transparency and justice in the polls," said Father Julio Crispin, head of the Baucau Diocese Justice Commission.

"These observers are across the three dioceses and have to undertake their job with impartiality."

The timing of the church's agreement with the government has led to accusations it is using the church to its advantage.

"No, this agreement has nothing to do with the election. This has happened because the council of ministers had its last sitting yesterday. That is why the agreement was signed," Father Crispin said.

He explained that the money was for education, social welfare and churches. Fretilin sources said the funds, payable under an agreement with the Vatican, had been delayed for some months until it was clear they could be afforded.

One Timor-Leste prelate appears to have lent his support to Fretilin.

In a January TV interview, Prime Minister Mari Alkatiri said: "I accept my position as PM not only because of Fretilin votes but when I met with Bishop [Basilio do] Nascimento [of Baucau] who is representing the hierarchy of the Catholic Church, he himself told me to accept the position. That is why I assume it. The reasons why? To change the status quo."

While the bishop endorsed the comments at the time, he has since been forced to bury his support, church insiders told ucanews.com.

The election appears to be on a knife-edge, with insiders in both camps confident of getting the most votes but not necessarily an outright majority, which is likely to lead to coalition talks that could last some time.

And despite the fact that people are being asked to vote again, there are signs that thousands are heading back to their home villages to vote.

At the port in Dili, hundreds of people each day have been jostling to get onto boats for Oecusse, a small enclave surrounded by Indonesian territory on the northwest coast of Timor island.

"I have to go back to vote. It is my patriotic duty," said Marcelo, a 19-year-old student who will vote for the second time. "I will vote for who I vote for but nothing happened last time after I voted for them [Fretilin]," he said.

There are some fears that violence may break out on polling day.

Joao Almeida, deputy director of Yayasan Mahein, a non-profit group that monitors security and defense, said conflicts occurred because party leaders, particularly of Fretilin and CNRT, had mocked each other.

"It then goes down to the grass roots, resulting in some brutal actions," he told ucanews.com on May 9, adding that all party leaders must ensure that their constituents will accept the result of the election.

Political analyst Camilo Ximenes from the National University of Timor-Leste said violence in Viqueque, Lospalos and Baucau was not significant and did not lead to bigger chaos.

"It's because the people have learned from past experience," he said, noting the political crisis in 2006 that killed five people, destroyed at least 100 buildings and led to an estimated 21,000 residents fleeing Dili.

"Now they know that they will become victims when conflicts happen," said Ximenes.

Based on the latest developments and the mathematics of last year's election, the Change for Progress Alliance (AMP) consisting of CNRT, People's Liberation Party (PLP) and Khunto will either maintain 35 seats or win 60 percent of the 65 seats in parliament, he said.

Fretilin will possibly take all the votes in the districts of Kovalima, Viqueque and Oecusse, he said.

According to Ximenes, the new Forum of Democratic Development (FDD), which consists of four parties that were not part of any coalition last year, has the opportunity to win parliamentary seats. If so, it will reduce the number of seats for main parties.

Similarly, Manuel Monteiro, director of Timor-Leste human rights group HAK Foundation, predicted the result of the election will not be different from last year. "[I believe] there will be no absolute winner," he said.