Dili Archdiocese, World Vision to work together to curb violence against children within families 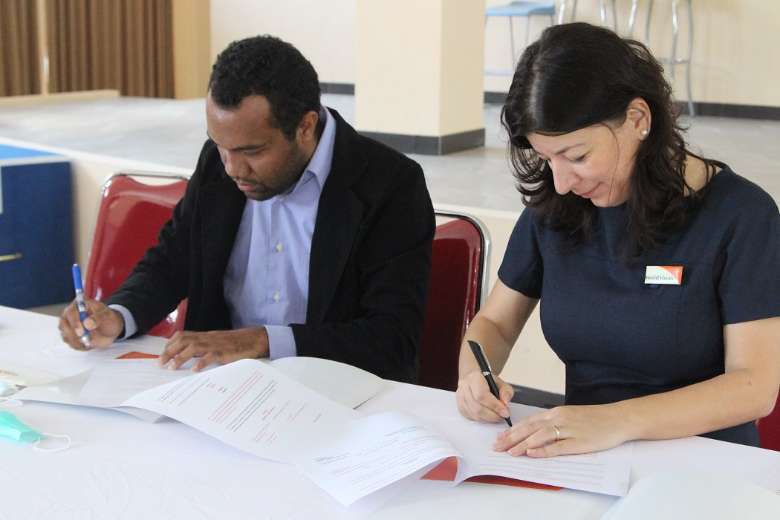 Dili Archdiocese in Timor-Leste is to work closely with international Christian humanitarian and development organization World Vision in assisting families in rural areas to prevent violence against children.

Both parties will be responsible for providing assistance to families in remote areas to build peace and harmony to support children's growth and development.

The program’s main targets are at least 1,700 children from families in Remexiu and Lekidoe sub-districts and in Aileu municipality, 47 kilometers southwest of Dili.

Father Xavier said the cooperation was important because violence against children was still common in Timorese families.

“There are many factors that trigger it. One of them is the dark history of the past, where many parents experienced violence during the Indonesian colonial period. The experience makes them see violence as normal, including when it is inflicted on their children," he told UCA News.

Around 87 percent or more than 612,000 children in Timor-Leste experience physical or emotional violence at home

"Another factor is a lack of education, so they are not aware of the impacts violence have."

Educating families and pastoral care will be key components in the efforts to overcome the problem, he said.

Around 87 percent or more than 612,000 children in Timor-Leste experience physical or emotional violence at home, according to a 2019 report called “Unseen, Unsafe: Underinvestment in Ending Violence Against Children in the Pacific and Timor-Leste.”

The report, by Save the Children, ChildFund, World Vision and Plan International, also states that 30 percent of adolescent girls in the Catholic-majority country have experienced physical violence. Father Xavier said the archdiocese has long been aware of this issue, so assistance to families has become a priority.

“We already have the 'Peace Starts From Within the Family' program because we feel that if children feel peace within the family, it will have an impact on their future and society at large," he said.

However, he said, the reach of the program is still limited, which is why the archdiocese welcomes World Vision's invitation to work together.

"Through this agreement, our commission team will join hands with their team," he said.

This cooperation will last a year with the possibility of it being extended and expanded to cover other areas.

Shula said the Catholic Church would be an important partner for World Vision because it has a closer relationship with the Timorese community, of whom 97 percent are Catholic.

She said collaboration was significant “to increase knowledge and awareness among parents in order to ensure child protection within families, the Church and society.”