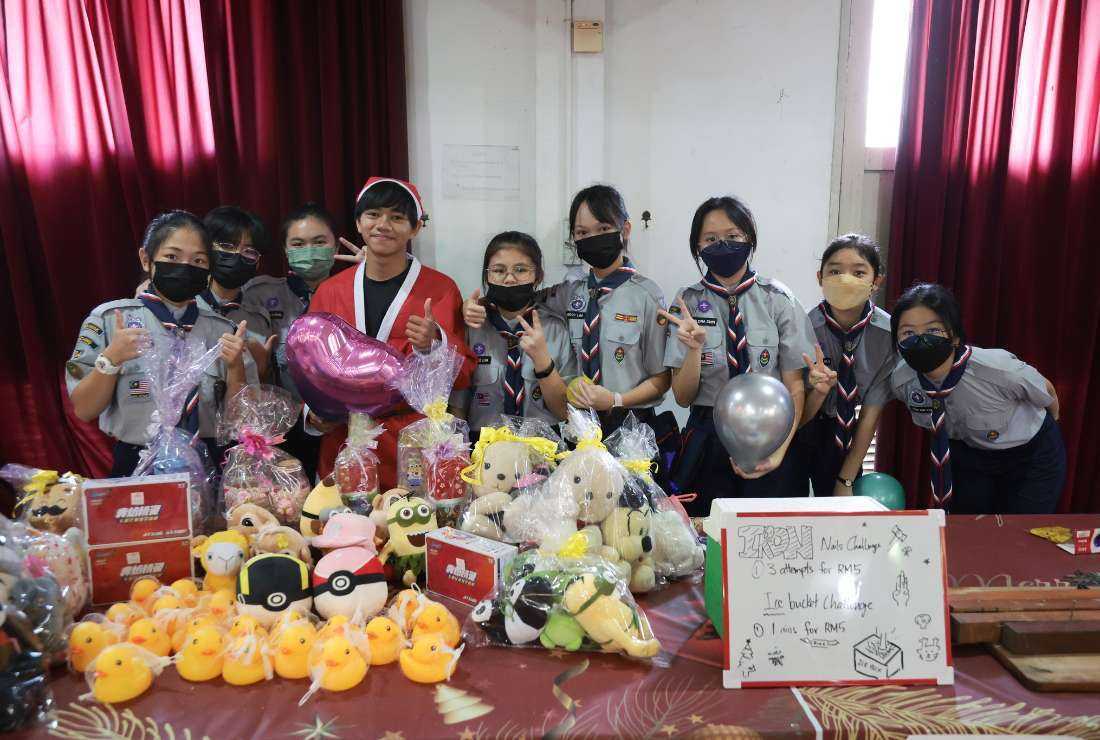 Children run a stall during Christmas Charity Bazar in Sarawak state of Malaysia to assist in raising funds for better care to animals on Dec. 4 (Photo: Sarawak Society for Prevention of Cruelty to Animals)

An animal rights group in Malaysia’s Christian-majority Sarawak state organized a Christmas charity event to raise funds for the construction of a new village to offer better care to animals.

Sarawak Society for Prevention of Cruelty to Animals (SSPCA) organized the annual Christmas Charity Carnival at the Association of Churches (ACS) Hall on Dec. 4, the Borneo Post reported on Dec. 5.

The ACS is an ecumenical forum covering all Christian denominations in Sarawak.

Datin Dona Drury-Wee, president of the SSPCA said the program was a success after a two-year hiatus due to the Covid-19 pandemic, adding the proceeds will go towards funding the construction of the animal shelter.

“We are almost done with the planning and approval stages, and now really need to dig deep [into] the fund-raising to build [the village],” Dona said.

The new 10,000 square feet facility will be constructed at a 0.8-hectare piece of land at Sungei Tapang where the SSPCA plans to construct a state-of-the-art animal care center costing five million Malaysian Ringgit (US$1.1 million).

The group planned to raise 100,000 ringgit (US$22,753) from the event. However, the details of the donation collected have not been revealed.

The current facility spanning 0.6 acres at Penrissen Road in the state capital Kuching was obtained through the generous support of the Sarawak State Government in 1999 and is now overcrowded with shelter animals.

She also added that the increased cost of building materials over the last couple of years has forced the association to seek government as well as public assistance to either raise funds or sponsor some of the building materials that they needed.

Around 60 vendors participated in the event wherein various food and clothing items were sold.

Among the stalls were the handcrafted products from the Association for the Welfare of Intellectually Disabled Children and the Sarawak Autistic Association.

The SSPCA issued a certificate of appreciation to the vendors for their participation in the event.

The organizers had also arranged for pet adoption – a key activity that they frequently request the Malaysian public to do often.

Apart from the sale of products, cultural events such as dance, live music, and party games were also organized for the visitors.

Dona also stated that they were looking for suitable land to construct a low-cost neutering clinic for pets and other animals.

“Support for this clinic has been approved in principle by the various authorities but we have yet to find a suitable premise.”

“Neutering is the main animal population control method that will help to reduce the number of unwanted births resulting in strays being abandoned around our cities and towns,” she said.

The group braved the pandemic followed by two flash floods that killed several animals in their shelter and destroyed food supply and electrical appliances.

She stated that the group survived because of the generosity of its supporters.

“The Kuching public and online supporters rallied around us and raised funds as well as bought new fridges and freezers for us,” she added.

The origin of the SSPCA dates to 1959 when a small group of expatriate officers decided to work on improving the condition of diseased dogs and sick animals that roamed the streets. It became a registered organization in 1962.