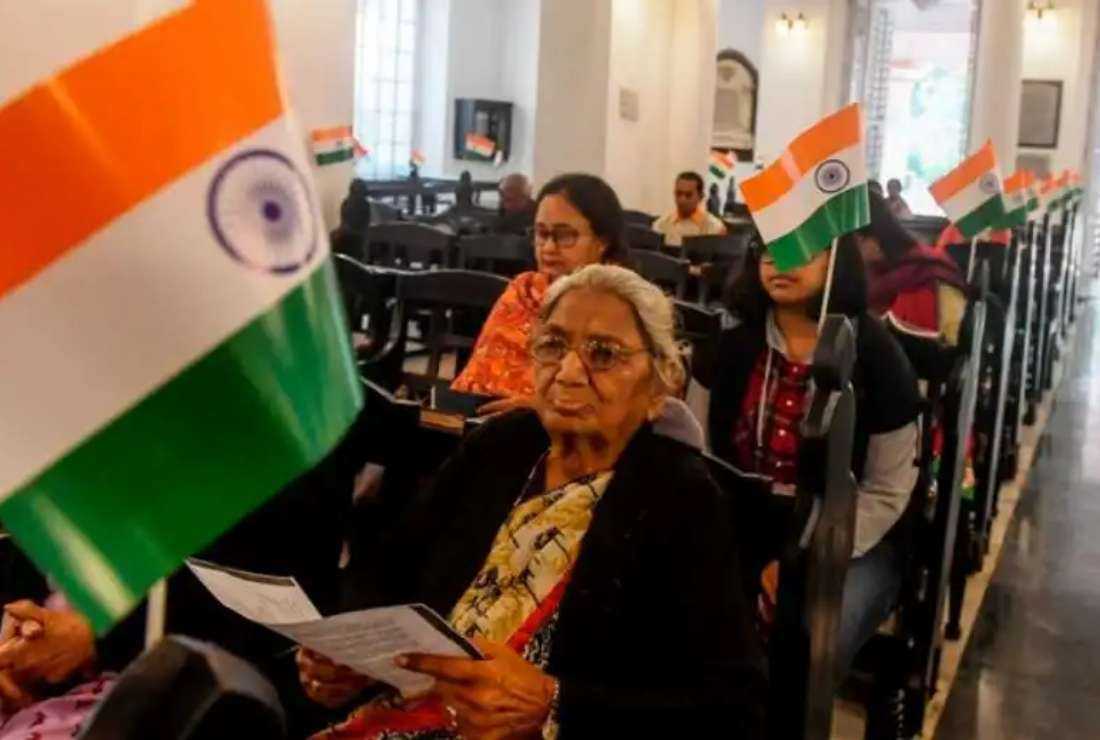 Christians participate in a special 'Prayer for our Country' to celebrate Republic Day at the Union Chapel in Kolkata on January 26, 2020. (Photo: AFP/ UCAN files)

Archbishop Peter Machado of Bangalore had a guarded response a day after the provincial government in India’s southern state of Karnataka gave its final seal of approval to a law criminalizing religious conversions.

The state’s Legislative Council or upper house passed the contentious Karnataka Right to Freedom of Religion Bill with a majority vote on Sept. 15.

The anti-conversion law was already in force after the pro-Hindu Bharatiya Janata Party (BJP), which rules the state, promulgated an ordinance on May 17 with the signature of the state governor after it failed to muster enough support in the Legislative Council, whose final sanction is a must for any law to come into force.

The law was passed by the state Legislative Assembly last December but the BJP was one seat short of a majority in the 75-member upper house. Having mustered up enough numbers now, it went ahead in what is perceived as a well-planned political strategy.

The ordinance now stands repealed or canceled with the passage of the bill within six months of the governor issuing it, as required under the Indian Constitution.

When contacted by UCA News on Sept. 16, Bishop Machado said he had already challenged the ordinance in the state’s high court and refused to make further comments on the new law.

The prelate said he would disclose his position before the court rather than make it public through the media.

Archbishop Machado, who heads the regional bishops’ forum, has been one of the fiercest critics of anti-conversion laws in the country.

“The Christian community feels betrayed when its sentiments are not taken note of. Its selfless services in the fields of education, healthcare and other social areas for the welfare of all communities are not taken into consideration,” he had said in a statement on May 18, a day after the Karnataka government promulgated the ordnance.

He had repeatedly drawn the attention of the BJP government and people of the state  that the law was “irrelevant and malicious” and “aimed at dividing the Christians from other religious minorities.”

Chief Minister Basavaraj Bommai said there is no intention to take away anybody’s right to practice and propagate one’s religion as is being made out.

“If there have to be conversions then let them be as per a law and that is the intention behind this bill,” he added.

Home Minister Araga Jnanendra, who introduced the bill in the upper house, dismissed the concerns of Christians by saying “there is freedom to convert but not under coercion or allurement.”

“They attack our Churches, social institutions and the faithful"

The new law prescribes imprisonment of three to five years along with a fine ranging from Indian rupees 25,000 to 100,000 (US$330-1,330) in case of conversion due to “force, undue influence, coercion, allurement or by any fraudulent means” or “by a promise of marriage.”

Anyone wanting to change religion will have to file a declaration before designated government authorities at least 30 days in advance, citing the reasons for the decision.

Christians in Karnataka state say Hindu groups have been aggressively targeting them since the pro- Hindu Bharatiya Janata Party came to power in the state in 2018.

“They attack our Churches, social institutions and the faithful by creating a false impression that Christians are illegally converting poor people,” said a Church official who did not want to be named.

Christians make up 1.87 percent of Karnataka’s 61 million people, according to the 2011 census.