A devotee prays before the statue of the Blessed Mother during the annual festival at National Marian Shrine in Mariamabad in this file photo. (Photo by Kamran Chaudhry).

Share this article :
A Lahore state government advertisement urging attendees to maintain cleanliness during Pakistan's biggest Catholic pilgrimage has caused uproar among minority leaders. Hundred of thousands of Catholics and Muslim devotees joined in the 68th annual pilgrimage to the National Marian Shrine for the Sept. 8 feast of the Nativity of Mary. They started pouring into Mariamabad village on Sept. 4. The pilgrimage in Lahore Archdiocese was held Sept. 8 to 10 under the theme "forgiveness and acceptance." "Lahore Waste Management Company (LWMC) extends greetings of the religious festival of Mariamabad to Christian community. We appeal to vivacious people of Lahore to put rubbish in the dustbins instead of throwing it in streets and compounds... due to unavailability of sanitary workers and take special care of cleanliness," states the advertisement published in daily newspapers Sept. 9. In its Sept. 10 statement, the Cecil and Iris Chaudhry Foundation expressed "anger and deep concern" over the advertisement. "We condemn this in the strongest possible manner and demand the government of Punjab issue a public apology as sentiments have been hurt across the country," the statement said.
Related News 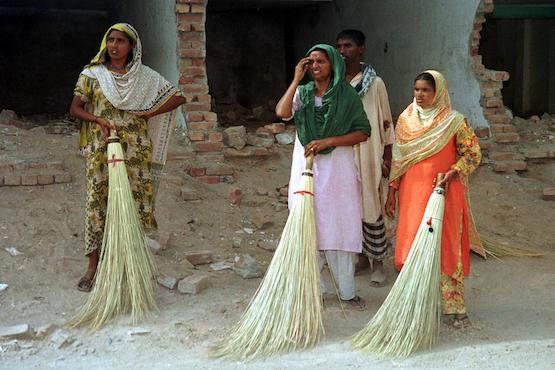 "Furthermore the government must ensure that the dignity and respect of every single citizen is upheld regardless of religion, cast, creed, sex etc." Pakistani Christians are often referred to as "churha" (low caste), an  abusive term reserved for Christian sanitation workers. Government advertisements regularly single out Christians, Hindus and Shia Muslims in Pakistan for "sweeper" jobs. About 6,000 out of 7,894 sanitation workers in Lahore are Christian. In a Facebook post, Mary James Gill, a Christian member of the Punjab assembly, thanked Maryam Nawaz Sharif, who is a daughter of former prime minister Nawaz Sharif, for opposing the ad. She also referred to Irfan Masih, a Christian sanitary worked who died this June after being denied timely treatment by Muslim doctors, who were fasting and refused to touch his filth-covered body. According to Kashif Nawab, a patron of Minority Rights Watch, such attitudes are systemic. Minority Hindus in Sindh province and Christians in other provinces are associated with cleaning toilets and drains. Article 27 of the constitution safeguards against discrimination in employment on the grounds of race, religion, caste, sex, residence or place of birth. However there has not been a single conviction for officials publishing advertisements specifying "minority" sanitary workers, Nawab told ucanews.