It is part of an anti-Christian policy by the Maharashtra state government to remove Christian symbols, they say 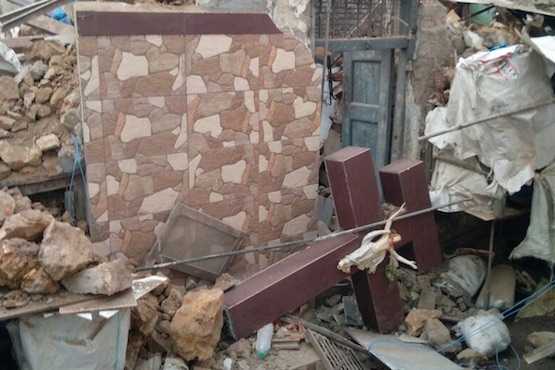 Civic authorities in Mumbai demolished a century-old cross June 9 to reclaim government land from encroachment but Christian leaders allege it is part of an anti-Christian policy by the Maharashtra state government to remove Christian symbols from the nation's financial capital.

Godfrey Pimenta, a Catholic leader and official of Watchdog Foundation said the authorities demolished the cross "without considering the religious sentiments of the Christian community."

Maharashtra state, of which Mumbai is the capital, is India's financial center. Both the state and the federal governments are run by pro-Hindu parties, under whom religious minorities such as "Christians and Muslims are under threat," Pimenta said.

"There appears to be a systematic plan to wipe off the identity of Christians from the city," Pimenta said.

Dolphy D'souza, spokesperson of the Save Our Land Team that campaigns to protect church properties within the city, said Catholics in the area want those "responsible for this action prosecuted."

Mumbai, formerly Bombay, has a strong Christian presence since the time of the colonial Portuguese and over the centuries numerous churches and chapels have developed that now occupy several prime properties.

Mumbai Archdioceses based is India's largest Catholic diocese in terms of population.

Nonetheless Christians are a minority and "we are a soft targets," D'souza said.

Aftab Siddique, who heads the residents association in the area, said the demolition has also displaced some 27 families as their homes were destroyed.

Local people were not issued any notice about the demolition and they suspect the authorities are doing this in connivance with the police to claim land for property developers because land is a premium commodity in the city, Siddique said.

This particular cross like many such crosses seen by the side of the roads in Mumbai, is popular among the local Christian community and a focal point of their religious devotions, with many gathering around it to pray.

Although there are no historical documents to prove its origins, local people such as believe that it "has been there for generations" and has been constantly renovated with cement and paint.

Christians are just 3.25 percent of 12 million people in the city according to latest government census, which is higher than their national percentage of 2.3 percent. Despite being a minority, Christians, majority of them Catholics, are well acknowledged in the city because of the reputed schools, colleges and medical facilities they run.

The Maharashtra government has been pushing pro-Hindu policies recently and last year it banned the consumption of beef in Maharashtra, making it an offence punishable by a five-year jail term. Cows are sacred to Hindus.