The controversial, later-amended Pakistan army job advertisement stating that only Christians were eligible to apply for low-status cleaning jobs with a military regiment in the Islamic Republic

The Pakistan army has withdrawn a sanitation job advertisement deemed discriminatory and offensive by the country’s small Christian minority.

The newspaper ad resulted in a backlash from human rights and minority activists because of a 'Christians-only' prerequisite for applicants to work for an army regiment known as the Mujahid Force.

There were no such criteria specified for other job openings.

So-called sanitation workers act as janitors or perform tasks ranging from sweeping to cleaning sewers. In pre-partition India, that included modern-day Pakistan, such employment was generally reserved for lower caste Hindus because of a pervasive social stigma.

Salman Sufi, a former Punjab province official, welcomed as “great news” a new edited version of the advertisement published on July 28 that contained no mention of the previous Christians-only condition. 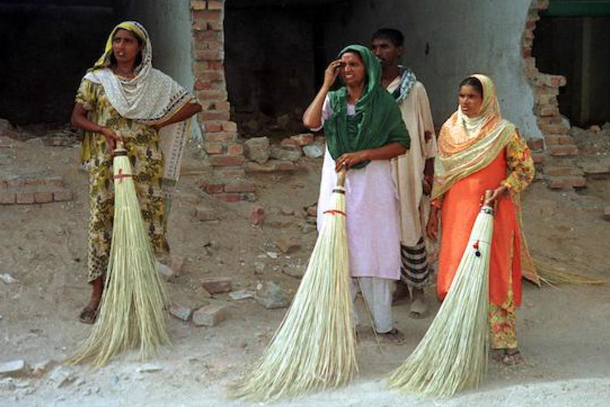 Mary James Gill, a Christian activist, thanked Sufi and others for raising their voices against the discriminatory practice.

He said newspapers that ran the original advertisement should apologize for their "unconstitutional conduct."

Pakistani Christians had served variously as the chiefs of army, navy and air force, Paul noted, only to find their co-religionists being singled out for sanitation work.

"No Christian is presently serving in any high ranks of the armed forces of Pakistan because of the biased recruitment policy adopted by governments," Paul said.

"The discriminatory advertisement has hurt our religious feelings."

"It is very sad as again and again advertisements mention that menial jobs are for Christians," Father Mendes said by way of reference to the fact that there have been almost identical controversies in the past.

"Later there is a change in the ad. I can remember several ads like these in recent years," he said.

"Removing the [discriminatory] line helps, but the mentality is obvious and it will dominate the minds of those employing the applicants. Christians will get the menial jobs."

Christians account for around 2.5 percent of Pakistan's population of 220 million, according to the 2017 national census. The representation of Christians in menial cleaning jobs is very high.