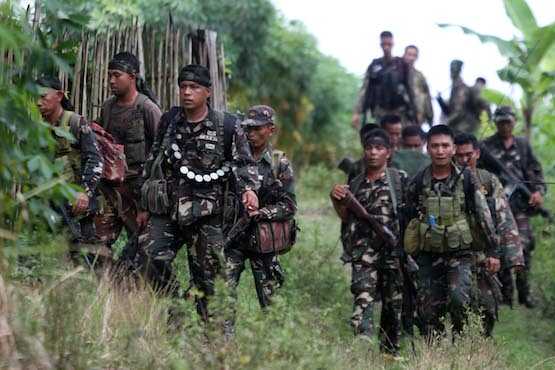 Philippine government troops pursue extremist groups in the southern Philippine region of Mindanao in this 2013 photo. (Photo by Mark Navales)

Christian and Muslim religious leaders in the Philippines condemned the beheading of a soldier involved in peace campaigns in the region, by the terror group Abu Sayyaf on April 22.

Abu Sayyaf fighters beheaded Staff Sergeant Anni Siraji three days after he was abducted in the town of Patikul in Sulu province.

Siraji was a former Moro National Liberation Front fighter who was integrated into the Philippine army. He has been helping the government in peace and development efforts in the province.

"We feel very sad and disappointed," said Father Angel Calvo, a Spanish Claretian missionary who has been working in the southern Philippines for the past 40 years.

The priest said the Abu Sayyaf group has become a "serious threat" not only in Mindanao but also nationally.

"Despite efforts to find a formula to build peace with justice in the region, there is a group that is becoming so cruel," said Father Calvo.

The priest said the "most fearful element" is the failure of the government to confront the terror group "despite repeated attempts and promises."

The Darul Ifta, or the Islamic advisory council in the Autonomous Region in Muslim Mindanao, issued a statement condemning recent atrocities committed by Abu Sayyaf.

They said the beheading of Siraji "showed [Abu Sayyaf's] brutality and disregard of the teachings of Islam."

"[We] strongly condemn this inhuman and un-Islamic act by the Abu Sayyaf group," read the council's statement.

It called on the "peace-loving people of Sulu to work together to confront this vicious cycle of violence."

The beheading of Siraji occurred while the Philippine military was focused on hunting down Abu Sayyaf gunmen who attacked the resort province of Bohol during Holy Week.

Brig. Gen. Cirilito Sobejana, commander of the military's Joint Task Force Sulu, said Siraji was on a "peace mission" when he was abducted by Abu Sayyaf.

"He has been active in getting the support of the community in fighting against Abu Sayyaf. He was very effective in that mission," said the military official.

Lieutenant-General Carlito Galvez Jr., commander of the Philippine military's Western Mindanao Command, said the slain soldiers was a rebel "who decided to trade his rifle to become a peacemaker and an agent of development."

Siraji was the third Abu Sayyaf hostage beheaded this year.

On April 13, the terror group beheaded Noel Besconde, a boat captain who was abducted along with three others in December. 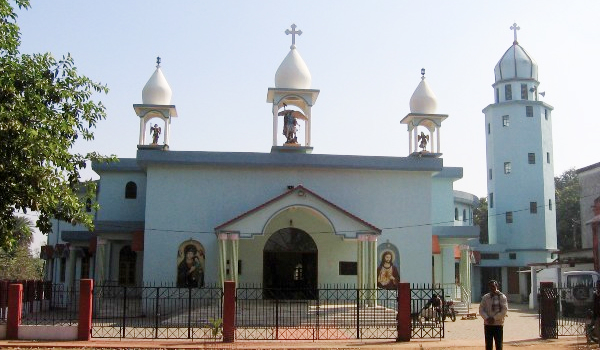