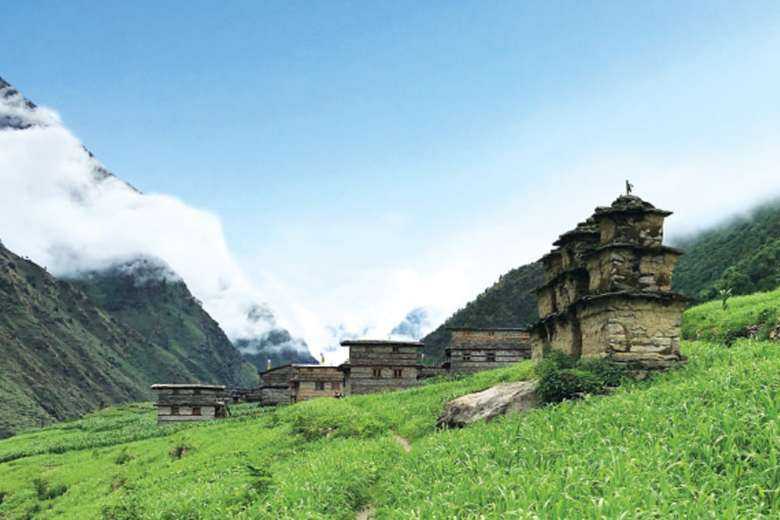 Nepal has one of the world's fastest-growing Christian communities. (Photo: United Mission to Nepal)

Christians in Nepal, the Himalayan Hindu-majority nation where believers of Christ have a long history of persecution, are facing fresh attempts to defame them and their faith.

In early April, Hindu nationalists circulated a forged document on social media that showed Christian groups have outlined a plan to cause ethnic rifts among Hindus to convert them.

The document, dated April 5, claimed that the United Mission to Nepal (UMN), a Christian NGO, is supporting the NCS and the NCFN “to achieve their mission."

Established in 1954 and supported by the Presbyterian Church of Ireland, the UMN is one of the largest development agencies in Nepal. It has never faced such an allegation.

The RPP leaders and others blasted Christian groups and demanded that punitive action be taken and registrations of Christian charities be canceled.

“This is a vivid example of organized/planned conversion that has been going on for some years now. Organized conversion is punishable under the constitution. Such acts that destroy national identity and disrupt cultural harmony should be dealt with immediately in accordance with the law,” RPP chief Kamal Thapa tweeted on April 5.

Both the NCS and NCFL issued statements to protest the fabricated document. NCS secretary Mukunda Sharma told New Delhi-based Morning Star News that it was part of a well-planned strategy by Hindu radicals to defame Christians and stoke anti-Christian sentiments, adding that complaints to police yielded no results as police refused to file a formal case.

Dismissing the document, the UMN lamented that Hindu extremists are once against attempting to discredit the local Christian community and to undermine the socioeconomic development and poverty reduction campaigns that their charities have run in Nepal for decades.

Observers noted that the fake document might be a ploy by Hindu radicals ahead of the national census that was scheduled for June 8-22, now postponed as Nepal experiences an upsurge in Covid-19 cases and deaths in recent weeks. The government wants to complete it by the end of this year.

It seems the extremists who campaign for Hindu hegemony in Nepal fear that the census will highlight a rise in Christian numbers. The conversions are one outcome of social, economic and political repression of lower-caste communities by the Brahmins. A pre-emptive plan targeting Christians was predictable.

Hindus make up for more than 81 percent of Nepal’s population, with Buddhists accounting for 9 percent, Muslims 4.4 percent and Christians 1.4 percent, according to the 2011 census.

Before the abolition of the monarchy in 2007, Nepal was a Hindu state for two centuries. It endured through decades of deadly Maoist insurgency and ethnic conflicts between some of the country’s 25 ethnic groups. The establishment of a secular democracy saw nationalist, communist and right-wing parties in government.

Christianity has existed in Nepal for more than five centuries despite repeated persecution throughout the nation’s volatile political history. Nepal has only about 8,000 Catholics but an estimated 3-5 million Protestant and evangelical Christians belong to about 12,000 churches, mostly based in the poor, rural heartland of Nepal. The World Database of Christians records Nepal as one of the fastest-growing Christian communities.

For disadvantaged communities like bottom-rung Dalits (untouchables) and marginalized ethnic groups like the Chepangs, Christianity is the only hope for survival in this highly discriminatory environment. According to the National Federation of Christians in Nepal, 65 percent Christians are former Dalits.

But this outflow is embarrassing for the so-called guardians of Hinduism and promoters of Hindu statehood in Nepal who for years carried out hate campaigns against Christians over the so-called “Christian takeover” of the country. In fact, it is covering up the failures of the state and society to support its most vulnerable people.

In one case in April 2000, some 16 Protestant Christian families were harassed, beaten and expelled from their villages

Hindu nationalists have also long propagated that conversion to Christianity is “deviating from the faith of the ancestors and therefore breaking with their culture and their national identity.”

There are numerous cases of how Christian converts facing tremendous pressure from their families, friends, community and government officials to return to the fold.

In one case in April 2000, some 16 Protestant Christian families were harassed, beaten and expelled from their villages in Gorkha district in western Nepal following their conversion. The local administration and police turned a blind eye, blaming a Maoist insurgency in the area.

Hindu radicals claimed the incident was a response from villagers angry over “conspiracy against conversion through enticements” and accused Christian institutions including missionary schools of “weakening Hindu culture” by their activities, paving the way for a rise in Hindu radicalism.

Indeed, such anti-Christian sentiments are blamed for the rise of Hindu extremist outfits like the Nepal Defense Army that bombed the Assumption Cathedral Church in the capital Kathmandu in 2009, leaving three Catholics dead and many injured. The same group threatened a church official with further bomb attacks in 2012.

In 2017, arsonists attempted to set fire to the cathedral, causing substantial damage to the church and priest’s residence. In 2018, four Protestant and evangelical churches were burned by unknown arsonists, and again fingers were pointed at radical groups.

There are dozens of cases of harassment, arrest and jailing of Christians in Nepal on fabricated conversion charges, which has intensified since 2018 when the country passed new criminal legislation, the Civil and Criminal Codes, that makes conversion a punishable crime warranting a up to five years imprisonment and a fine of 50,000 rupees (US$423).

Hindu extremists pushed for the strict anti-conversion law and the ruling government approved it as politically expedient in the Hindu-majority state. It is in direct conflict with Nepal’s 2015 constitution that recognizes freedom of religion and adopted secularism, democracy and human rights as state principles.

Notably, despite adopting secularism, Nepal’s constitution is tilted towards Hinduism. Indirectly, it implicitly protects Hinduism as it declares a “protection of the age-old religion and culture and religious and cultural freedom.” Article 26 forbids anyone to “convert a person of one religion to another religion, or disturb the religion of other people.”

With constitutional backing and blatant political motives, extremists feel emboldened and more than 16 cases of harassment of Christians on allegations of conversion have been reported since 2018. Rights activists say the true figure of abuses stemming from the anti-conversion law is much higher.

There is also a new dimension in the harassment of Christians. Nepal Christian Society reported that in March leaders of 20 churches expressed concerns after civilians dressed as policemen visited churches and interrogated them on a range of questions including the churches' funding, property and pastors' income.

It’s a new way of intimidating Christians in a country where communities are reeling from long-running persecution by religious and political decree.

The world pays much attention to the plight of minorities including Muslims and Christians in countries like India and Pakistan, but the silent persecution of Christians in the tiny Himalayan state remains largely unnoticed. Christians in Nepal must be saved from renewed persecution.