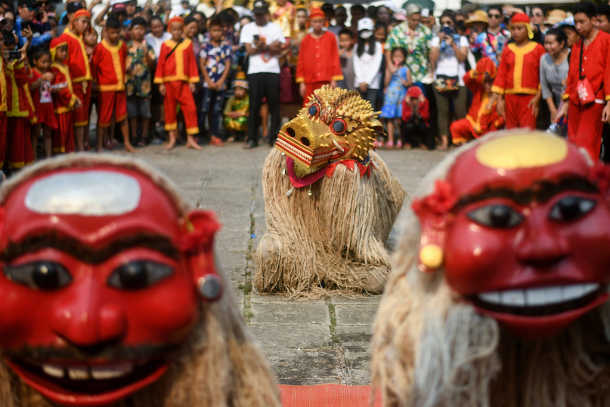 Christians in the communist nation of Laos continue to face discrimination, harassment and ridicule over their beliefs.

“They say in our village that there is no Christian god and that our ancestors were all animist,” a villager living in mountainous northern Laos recently told Radio Free Asia.

Christianity is little understood among many Laotians, most of whom hold a syncretism of animistic and Buddhist beliefs. Many Laotian animists believe that by practicing their “foreign” faith local Christians antagonize the country’s tutelary spirits, foreign Christian organizations have reported.

Christians account for a tiny minority in Laos, numbering a mere 150,000 or so in a nation of seven million, with around half of local Christians being Catholics. Local Christians say it is widely believed in their homeland that Christianity is an American import that does not belong in the country.

A reason for that is that many of the Christians are ethnic Hmong tribespeople who were converted by American missionaries and who sided with the United States during the Vietnam War before the communist Pathet Lao movement seized power in Laos in 1975. As a result, many Hmong people continue to be viewed suspiciously by communist officials.

“You people believe in America’s god. Don’t you remember what America did to our country?” the villager who spoke with Radio Free Asia reported having been told by a local official.

Many local Hmong are still blamed for their alleged complicity in US operations in Laos during the war, which saw vast amounts of bombs dropped by the US on the small landlocked nation in an effort to root out communist guerrillas.

“They say that Christians have no rights and that no one will take care of them,” the Hmong villager said. “We even go to speak to the village leaders, but these are the same people who are already angry with Christians.”

Earlier this year 14 people from three ethnic Hmong Christian families were evicted from their homes in the village of Tine Doi in Luang Namtha province in the north for refusing to renounce their Christian beliefs. Their homes were then demolished.

In mid-March Sithon Thipavong, 34, a Lao pastor, was arrested by officials for conducting a religious service in the village of Kalum Vangkhea in Savannakhet province in the western part of the country. “He was arrested for teaching religion,” a resident of the village told a foreign news outlet.

No official explanation was given for the arrest, but it is likely the Christian pastor was seized on the pretext that he had broken social distancing rules by holding the religious service, which violated government restrictions on public gathering during the Covid-19 pandemic.

Sithon has been sentenced to six months in prison and members of his family have not been allowed to visit him. Observers say the pastor’s arrest may have been intended to be a warning to his fellow Christians not to practice their religion openly.

The constitution of Laos enshrines citizens’ right to religious freedom, yet the one-party state’s government routinely curtails the religious activities of Christians, according to the US Commission on International Religious Freedom.

“Those Laotians who believe in Jesus Christ [can easily be] arrested,” a neighbor of Sithon told Radio Free Asia, a US government–funded international broadcasting outfit that regularly reports on topics deemed taboo by the government of Laos in a country with no free press.

In most Lao villages, Christians are forbidden from erecting churches, according to the Voice of the Martyrs, a US-based Christian missionary charity.

“If village leaders notice that a house church is growing, they will try to stop it. Christians generally have difficulties providing for themselves and their families, for they often cannot get jobs — most of which are available through the government,” the group explains.

“Christians commonly are denied medical treatment, education and other social services. Arrests of believers frequently take place, resulting in detainments that average for up to a week.”

Lao officials have denied that local Christians face any form of discrimination.

“Villagers can believe in any religion they want. Cousins, brothers, and sisters may live in the same village but follow different religions,” an official based in the northern town of Luang Prabang told a foreign news agency.

“We give the same rights to everyone to believe in any religion they want, and if they have any problems, we solve this for them,” concurred another official, who works for the Lao Front for National Reconstruction in Vientiane, the capital.

“In our district there are seven small churches, and an official from the province comes down once each month to talk to them and give them advice.”

The US Commission on International Religious Freedom disputes such assertions, saying that the Laotian government routinely engages in serious violations of religious freedom.