A district court in India’s Orissa state on Thursday sentenced eight people, seven of them Christians, to life imprisonment for the murder of a Hindu leader in 2008 that triggered widespread anti-Christian violence in the state.

The court in Phulbani found the eight guilty of conspiring and working to gun down Swami Laxmananada Saraswati and his four disciples, including a woman, said Rajkihsore Pradhan, from the defense team.

"We told the court today, just before the verdict, that there is no evidence against the seven for their involvement in conspiracy or murder," Pradhan said.

Christian leaders in the state, where religious tension has long been high, said the verdict was flawed as the seven were with their families at the time of incident and have no experience in using firearms. A motive has also not been suggested, although critics of the verdict claim the state government is attempting to demonise Christians in the name of Hindu ultra-nationalism. 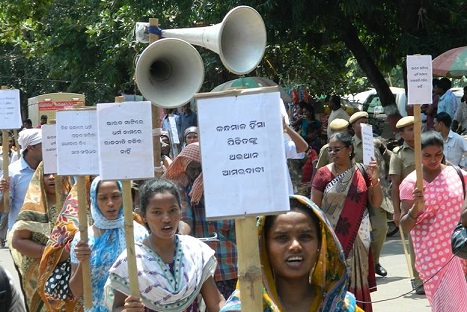 "We will appeal in the higher court for the seven Christians. They are innocent and the trial did not conclusively prove their role in the murder," said Father Dibya Parricha, a lawyer who has worked on court cases relating to the 2008 riots.

Days after the murder on Aug 23, 2008 a Maoist group operating in the tribal dominated district of Kandhamal claimed responsibility for the act in a letter to investigators. It said, among other things, that they eliminated the Hindu leader because he created social unrest in the name of religion.

Police arrested the seven Christians during the initial stages of the investigation but did not release them even after the Maoists' claims, noted Parricha.

"We had approached the state High Court and Supreme Court for their release but the higher courts said they could consider the case only after the lower court completes the trial," Parricha said.

The court originally tried nine people, but one was freed due to lack of evidence. The eighth person, Pulari Rama Rao, alias Uday, whom local media reports say had links to the Maoists, was also sentenced today. Police reportedly recovered from Rao a pistol used in the killing.

Several other Maoists accused in the case, including leader Sabyasachi Panda, have absconded.

Pradhan told ucanews.com that they won’t know how the court reached its conclusion until the judgment papers are released in the coming days. He added however that he believed a higher court would overturn the verdict.

The killings of Saraswati and his followers sparked violent riots after Hindu nationalists blamed the deaths on local Christians. Frenzied mobs burned down houses, churches and convents, and attacked local Christian residents.

The violence claimed some 100 lives and displaced up to 50,000 people.