Gruesome case highlights the continued persecution of Christians in Odisha 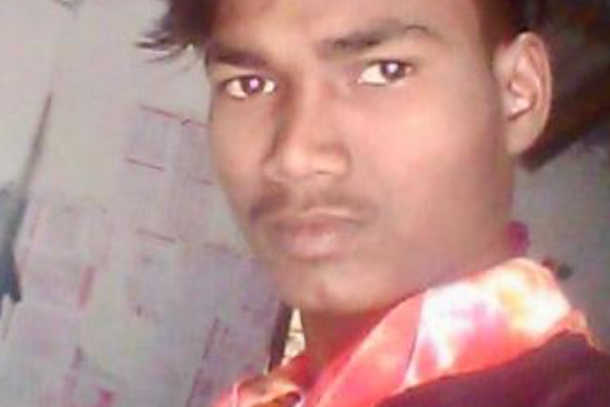 Samaru Madkami, 14, was killed on June 4 in Kenduguda village of Malkangiri district in Odisha. (Photo supplied)

Indian police arrested eight people on June 8 for the murder of a Christian youth in a state that has seen regular incidents of anti-Christian violence.

Samaru Madkami, 14, was killed on June 4 in Kenduguda village of Malkangiri district in the eastern state of Odisha.

“It was the cold-blooded murder of a Christian boy by religious fanatics and there is no doubt that local as well as district officials are trying to protect the culprits due to pressure from vested groups,” said Shibu Thomas of Persecution Relief, an agency that monitors the persecution of Christians in India.

“Initially the police did not file a case of murder, saying it was a case of witchcraft. Police claimed that the family practised witchcraft and some people were not happy with them and they were attacked.

“But after the news spread and many people came to know about it, the police included a case of murder in their first information report (FIR) and have arrested eight people.”

Thomas, quoting local pastor Bijay Pusuru, said Madkami was chopped into pieces by the accused and they later buried his body parts before fleeing the scene.

On the night of June 4, a few villagers ganged up with a handful of religious fanatics and attempted to kidnap three Christians, according to Thomas.

Two Christians who were stronger and older than the victim managed to escape but Madkami was killed, he said.

Madkami’s brother and father filed a missing person report at Malkangiri police station on June 5. Rishikesh Khillar, a police official, said that after receiving the complaint the police searched the spot and recovered the buried body parts.

Unga Madkami, father of the victim, in his FIR said that the family had embraced Christianity three years ago and ever since other villagers have been harassing them.

Samaru Madkami used to serve in the Bethel House Church. Pastor Pusuru, head of the church, said Christians in the village have faced many threats and are continually harassed by religious fanatics.

Since the beginning of this year there have been many attacks on Christians. “I have made four complaints at Malkangiri police station regarding these attacks,” said the pastor.

Meanwhile, police detained the suspects and said the "religious goons" later confessed to their crime.

According to Thomas, attacks on Christians in Odisha are nothing new. “Of the 1,500 plus cases I have been involved with over the past four years, this is by far the most disturbing case of Christian persecution,” he said.

Previously, the worst case was the killing of Australian missionary Graham Stains and his two young sons who were burned alive by a Hindu fundamentalist group on Jan 23, 1999.

Persecution Relief recorded 22 cases of Christian persecution in Odisha in 2019 and eight cases this year, including the killing of the Christian teenager.

The state witnessed anti-Christian riots in 2008 that killed some 100 people, rendered 56,000 homeless and destroyed 6,000 houses and 300 churches in Kandhamal district.

“Obviously it is a matter of concern because whatever the cause of the killing, we condemn it and civilized society does not accept it,” said Father Madan Sual Singh, director of Jana Vikas, the social service wing of Cuttack-Bhubaneswar Diocese.

“Killing in the name of caste, creed and religion should be stopped as it disturbs the communal harmony among those of different faiths.”