Sardar Mushtaq Gill says he is being targeted for defending women 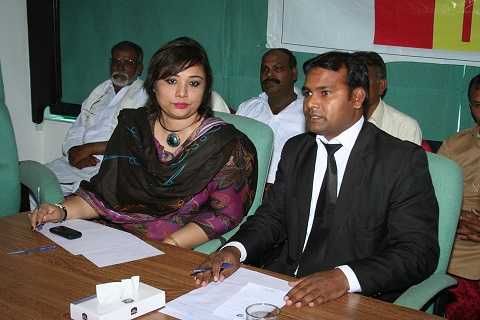 A Christian rights layer said today he is facing death threats from a militant group for providing legal assistance to a woman charged with blasphemy.

Gill, who also heads the Legal Evangelical Association Development (LEAD) group, represented the Christian woman in court and managed to secure her release on bail in April the same year.

Bibi was later helped by other Christian aid groups to relocate to Sri Lanka over fears she would receive the death penalty if convicted.

Last week, a court in Lahore decided not to pursue the case against Bibi after she failed to appear before it.

“Five or six suspected members of hardline Islamist group Ahle Sunnat Wal Jamaat came to my home last week looking for me. My elder brother answered the door and told them that I was not there,” Gill said.

"I am sure they wanted to kill me," said Gill, referring to a threatening letter he received a few years ago. It said that those who support a blasphemer must die, he said.

The home visit comes a month after he was stopped by armed men on his way to Lahore after visiting three Christian women who were allegedly paraded naked in a remote village in Punjab province’s Kasur district.

“I was stopped at gunpoint by three armed men.... They threatened me with dire consequences for speaking out on human rights and sped away.”

Gill says his pregnant wife is living with her parents while he is in hiding in Lahore.

The Christian Lawyers Association of Pakistan has urged the government to protect the lawyer, his family as well as LEAD employees and to take action against those who are making the threats.

Human Rights groups say conditions for religious minorities deteriorated sharply in 2012, with the government unwilling or unable to provide protection against attacks by extremists.