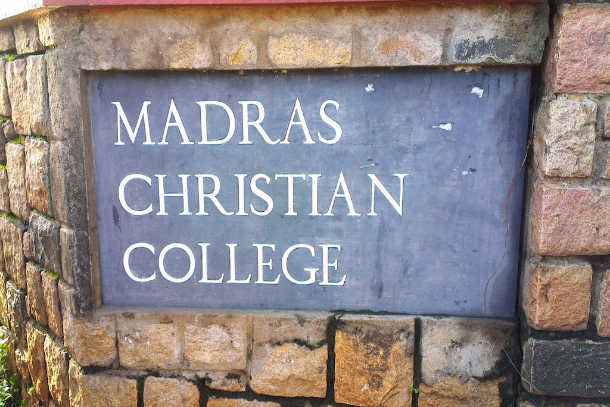 An Indian judge's comments that Christian missioners indulge in conversions and that Christian schools have become unsafe for students were offensive, say Christian leaders.

Justice S. Vaidyanathan of Madras High Court in the southern state of Tamil Nadu made the observations on Aug. 16 while hearing a case against a Madras Christian College professor who has been accused of sexual harassment by 30 female students.

Professor Samuel Tennyson of the college's zoology department approached the court seeking a direction to quash the finding of the college’s internal complaints committee, which found him guilty of sexually harassing students.

The judge refused to quash the college’s move to take action against the professor, who faces dismissal if he fails to explain before the college board why that action cannot be taken.

“Before parting with the judgment, this court feels it appropriate to point out that Christian missionaries are always the source of attack in one way or the other and, in the present era, there are several accusations against them for indulging in compulsory conversion of people of other religions into Christianity,” Justice Vaidyanathan said.

He added that “there is a general feeling amongst the parents of students, especially female students, that co-educational study in Christian institutions is highly unsafe for the future of their children and, though they impart good education, the preaching of morality will be a million-dollar question.”

Christian leaders said the judge's comments were painful but they welcomed the court's decision not to interfere with the decision of the college, which British Protestant missionaries established in 1837.

“The remarks the judge made in the order are highly disappointing,” said Father L. Sahayaraj, deputy secretary of the Catholic bishops’ forum in Tamil Nadu. The comments could “damage the image of the Church and the reputation of its education intuitions,” the priest told ucanews.com.

“We are hurt and sorry for such remarks in the order,” said general secretary Asir Ebenezer. “Christians work with commitment and diligence. Unfortunately, we are blamed and our places portrayed as unsafe. It really makes us sad.”

It said conversion or the safety of Christian schools were not the issues before the court. It was one “relating to sexual harassment by a professor and the college has taken necessary action against him without any excuse.”

The council also said Christian educational institutions have “produced stalwarts” in India, including Hindus and Muslims.

Prabhakar Tirkey, national president of the Rashtriya Isai Mahasang (National Federation of Christians), said the court seems to have forgotten that “not a single Christian has been convicted” for violating conversion laws in the history of India.

He noted that Christian missionaries introduced English education some five centuries ago but when the British left India in 1947, the Christian population was less than 3 percent, and “now it is 2.3 percent.”

“If education was used for conversion during colonial times or even after them, Christian numbers should have been different,” Tirkey said.

Observations such as those by the judge will give credence to biased and negative feelings against the Christian community propagated by radical Hindu groups, he said.

Madras Christian College has 8,500 students, about half of them female, according to the college website.