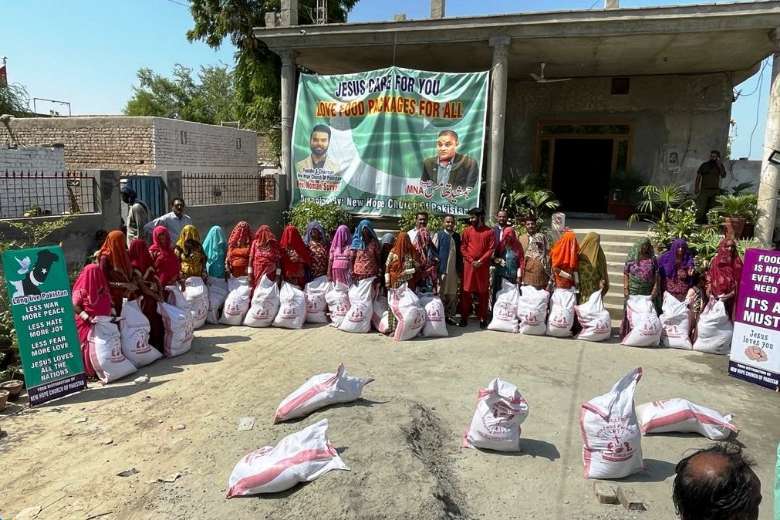 A Christian lawmaker and a local church distribute ration packs to families affected by a mob attack on a Hindu temple at Bhong city in Pakistan. (Photo supplied)

Jamshed Thomas, a member of the National Assembly, joined the New Hope Church of Pakistan to distribute food items among 100 Hindu families, most of whom are daily wagers.

“Jesus cares for you,” stated a banner raised at the function held inside the premises of the Siddhi Vinayak temple on Sept. 2.

“Prime Minister Imran Khan envisions equal rights for minorities who shouldn’t feel insecure. We condemn the attack and express solidarity with our Hindu brothers,” Thomas said while addressing the gathering.

Chand Kumar, a Hindu youth, thanked him and the church for reaching out to the affected families.

“Businesses were badly affected since the attack. Most of our customers were from Kacha, the tribal region notorious for criminals. The assailants were from the same community and have since stopped visiting our town,” he told UCA News.

Around 30 Hindu families have left the city in search of better employment opportunities while those who stayed back have stopped working as farmhands due to insecurity, he said.

A Muslim mob attacked the temple, burned down parts of it and damaged the idols after a court granted bail to a Hindu boy in an alleged blasphemy case in August 2021.

The temple has been restored by the government and a boundary wall, with barbed wire and security cameras, has been constructed to protect its premises. Of the seven idols destroyed in the attack, only one has been replaced by a Hindu parliamentarian.

Meanwhile, Punjab police have completed the identification parade of 85 men suspected of attacking the temple. 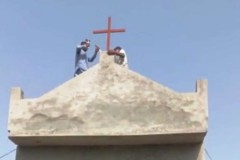 The accused were presented before a special anti-terrorism court in Bahawalpur and handed over to the police for further investigations. They were also ordered to pay at least 10,000 rupees (US$60) for repairs to the temple.

Pakistan Chief Justice Jamal Khan Mandokhail has directed the trial court to announce a final verdict in the case in November.