There are multiple layers of meaning in the Gospel, which shift back and forth from historical writing to mythical imagery The words "myth" and "history" are often in opposition, as if each one cancels or negates the other. Today, myth is commonly defined as a fictitious narrative, an untruth, a lie. History on the other hand is the solid truth, well documented and scientifically verifiable. As usual, it’s a little more complicated than that.

However, before analyzing the meaning of these two terms, we might begin by probing into our ways of knowing. So, let’s ask ourselves some preliminary questions: How do we know? And what is knowledge?

All of us with an education are familiar with conceptual knowledge — that is, the ideas which float around in our minds and which enable us to grasp objects intellectually, to reason and analyze, to form judgments about things, events and persons, to create hypotheses and test their validity — to arrive, in other words, at that cluster of sure and certain truths we call science.

In recent years we’ve seen the exponential growth of scientific thinking, especially in the area of applied sciences or technology, and we can be forgiven for thinking that therefore all human thinking aspires to be scientific — that is, certain, measurable and precise, abstract and universal.

But just a little reflection will tell us that we have other ways of knowing, ways which are unpredictable, imprecise and subjective, knowing not through the mind but through the heart, through our emotions. The Portuguese colony of Christian imagination in India 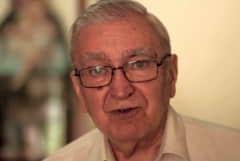 Traditionally, this has been called intuition, a non-conceptual way of perception which still leads us subjectively to know something "for sure." Other descriptions used are "gut feeling," "hunch" and "sixth sense."

Most societies pay great attention to scientific thinking, believing it to be the basis of all social advancement, as well it may be. They pay little attention to intuitive thinking, relegating it to the province of women, children and “inferior” people, such as laborers and aboriginals.

For the educated and the powerful, the literary testaments of any society are its laws and science; not its collection of folklore, legends, ballads and proverbs.

The first is the domain of historical documentation. The second the depository of myth and legend. The first is important, the second less so.

Nevertheless, both forms of knowing are valid and omnipresent.  Even more, the second form — intuitive knowing — based as it is on emotion exerts a powerful motivational factor upon all human behaviour.

The primacy of myth

To return to the topic of this essay, myth is the area of intuitive thinking and mythical records (folklore, legends, mythological stories, epics, puranas, jatakas). It is the earliest form of recording the past and so is found in every culture and civilization. Its content is usually stories of origins (of a race, a city, of the world) of being saved from natural disaster, of the exploits of a hero in battle, or his quests in exile. Myth has also much to do with love and sexual longing, fulfilment or disappointment.

Mythical records are not as precise as scientific writing. In fact, they are often contradictory and loaded with multi-layered meanings. We say that myths come clustered with symbols, and their meaning is derived from deciphering the symbolic value of the myth.

In this, they are very much like our dreams — for as Joseph Campbell put it, “Myths are public dreams, and dreams are private myths.”

Which brings us to an important aspect of myth: we believe in them. We trust the story, we believe in its value for our healing, and from the story we create a faith experience. All myths do this, whether at the individual level, the fairy tales of our youth, the movies of our adolescent years, or the stories of Christmas, Easter, Diwali/Dassera and Eid, which meaningfully hold families and neighborhoods together.

And at the larger social level, a nation believes in the myths of its victories in battle, its struggles for freedom, or for economic prosperity. The myths it creates define it and hold it together.

So, myths are not falsehoods, as current usage has it. Rather, they are truths so close to the bone that they find expression mainly in art, ritual, drama and film. And by sharing in the artistic experience, we share in the myth and so give meaning and value to our lives.

So are the truths of our faith, a Christian faith — considered in this context — truths of history or truths of faith and the imagination, mythical stories? More concretely, did Jesus die on the cross? And was he born in Bethlehem? Was he virginally conceived and born?  Did he really work miracles?

A host of questions assail us, children of another age, a scientific, sceptical age.

For this, we need to say something about how we understand history, for we all believe in “Gospel truth” that the details of the life of Christ are not fictitious.

Unlike myth which comes to us in an oral culture through poetry and song, theatre and dance and therefore we do not need to be literate to grasp and understand, history requires a written language, habits of reading, writing and counting, and a system of keeping records. Such documentation in India started with the royal archives, the shahnama, which recorded the king’s achievements and codified his laws. Historical and scientific documentation is therefore part of the equipment of a literate society.

However, early record keeping also shared in mythic imagery, for the mythopoetic imagination with its love of symbolism, dominated society.

It is very different today, for the scientific mindset with its love for measurement and objectivity dominates our thinking. We want to know how and when and where and why — the six honest servants of Kipling’s famous rhyme — and apply it across the board, not only to physics and chemistry but to psychology, sociology, biography and literature as well.

And in the context of this article, we apply it to Scripture and religious history too.

We call this historico-literary criticism, or more simply, the critique of historical and literary forms. For just as the average reader of a newspaper knows the difference between a news report, an editorial, an advertisement and an obituary, all on the same page; and just as an avid moviegoer can tell the difference between the visual forms of a feature film, a documentary, a trailer, a publicity short and an animated cartoon, so too the student of form criticism knows to sift the various kinds of history found in the ancient world — be these folk tales, genealogical lists, royal narratives, the origin stories of countries, clans and townships.

For not everything is described just as it took place, nor is there only one correct way of narration, not by a long shot. The four Gospels offer as many perspectives on the person of Jesus, his mission as messiah, and what he said and did.

This is why we say today, we do not have a “life of Christ” akin to a modern biography. Modern biographies want to know who and what and where, and are restless because there is so little about this in the Jesus story.

The Gospel is not a factual narrative but a “faith narrative” — a collection of stories around the person of Jesus from his disciples, those who had their lives changed by their encounter with him.

These stories have been skilfully edited from four different perspectives: Matthew, Mark, Luke and John, the four evangelists, each name standing not so much for a person (the only possible exception being Luke) as for a local church community where the collection first took shape.

And even within these gospel histories, there are differences: the four narratives about the arrest and death of Jesus run closely parallel to each other, for they were the first part of the Jesus story to be put together. Are they truly historical or are they a religious construct, based on the Psalms and prophecies? An interesting question.

But note that the very first profession of faith, the Apostles’ Creed, confirmed at Nicea, the very first ecumenical council (CE 323), keeps the phrase “suffered under Pontius Pilate,” implying  that an event took place at a historical time and place which cannot be gainsaid.

On the other hand, the birth stories of Jesus, as well as the Resurrection anecdotes, all share in a magical, otherworldly quality (angels, appearances in dreams, predominance of women, mysterious transformations) which are at variance with the staid narrations of the public ministry of Jesus.

All this tells us that there are multiple layers of meaning in the Gospel, which shift back and forth from historical writing to mythical imagery, and it takes time and patience to unravel their meaning.

For in the Gospels, history is being recorded by the believer, for the believer, sharing in the mythopoetic ambience of that age, not in the sceptical, empirical attitude of our own.

We can therefore speak of a Jesus myth, even as we also speak of the Jesus history.

Modern believers — when they are not wholly agnostic — like to think that symbols belong to the primitive past of humankind, something which we have long put behind us.

Such naivete ignores the fact that firstly, all language is symbolic in as much as we use letters and ciphers to stand for more complex realities; and that the most universal visual medium of our age — cinema — has created a powerful system of communicative symbols which cuts across geographical and generational boundaries in its outreach.

So mythopoetic expression exists and silently seeps into objective, rational historiography. And this will continue, so long as human beings continue to think and feel, to work and play, to eat, sleep and ... dream.