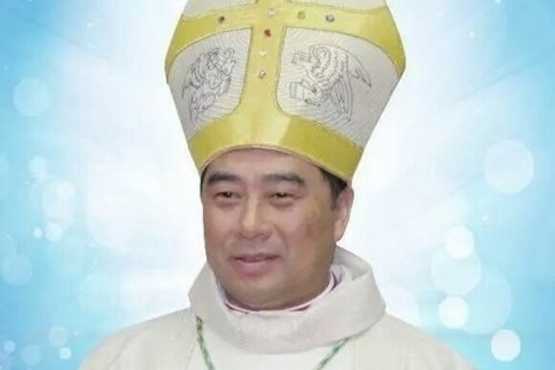 Bishop Vincent Guo Xijin of Mindong was taken away by authorities for talks believed to be related to Chrism Mass. (Photo supplied)

A Chinese bishop was taken away by authorities but was back home the next day, according to a news report.

Bishop Vincent Guo Xijin of Mindong was taken from his home on March 26.

A source said authorities did not want Bishop Guo, 59, to celebrate Chrism Mass on Holy Thursday because this was a communion with the whole priesthood which could show Bishop Guo's episcopacy.

The source noted that authorities were more civilized than on previous occasions and were prepared to hold discussions.

According to AsiaNews, Bishop Guo received a call from his local Administration for Religious Affairs on March 26 asking to meet him at his office.

After talks were held for at least two hours, the bishop returned to his home at 7pm to pack his luggage and was take away at 10pm.

The priest who is the diocesan chancellor was also taken away.

On the eve of Easter last year, Bishop Guo was also taken away and did not return until 20 days later.

He was unable to celebrate his first Chrism Mass and was forced to participate in a "brainwashing" class.

Bishop Guo is the bishop of the underground church of Mindong Diocese. He was approved by the Vatican but not recognized by the Chinese government.

It was rumored recently that the Vatican would sign an agreement with China to request Bishop Guo to step down to be an auxiliary bishop, giving way to an illicit bishop, Zhan Silu of Mindong. Zhan is recognized by the Chinese government but not approved by the Vatican.

Bishop Guo promised to step down, saying that "we can only obey the pope's decision."