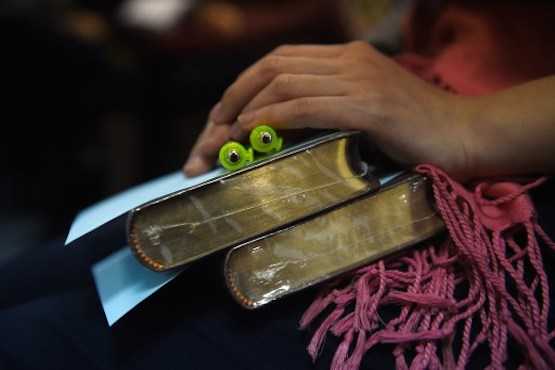 A Protestant church in Beijing has resisted pressure to join the state-aligned Three-Self Patriotic Movement. (Photo by AFP)

A Chinese pastor has been detained and the church building illegally tampered with after the congregation refused to come under state control.

Once churches join the TSPM they must accept government supervision and approval.

Jin is under house arrest and church members harassed, according to persecution-watchdog China Aid. Government agents monitor Jin's house at all times and is wife is not allowed out on Sundays. Visitors are heavily restricted and only allowed to see him at 4pm each day.

Officials offered to release him in exchange for the congregation refusing to meet outside. But Jin told his congregation not to accept to deal, according to China Aid.

The congregation was initially evicted from their building and started to meet outside. After sustained pressure from the authorities, who routinely came to disperse their meetings, the congregation is now split into various house groups, fearing to meet centrally.

Now the persecution charity has learnt their building has been renovated illegally, doubling its value leading to fears the developer could force them out indefinitely.

China is ranked 39th on Open Door World Watch List of 50 countries where Christians face the most persecution.

"The church is the largest social force in China not controlled by the Communist Party," the annual report noted.