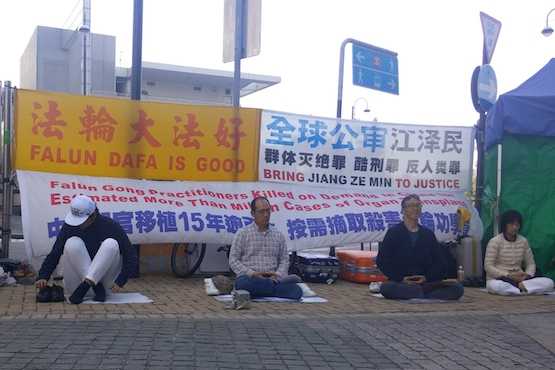 Falun Gong practitioners protest in a Hong Kong street demanding former Chinese president Jiang Zemin be brought to justice. Jiang is accused as being the culprit behind the persecution of Falun Gong, which includes the killing of practitioners for their bodily organs. (ucanews.com photo)

Two Chinese health officials who controversially attended a Vatican summit on organ trafficking last week have themselves been accused of forced organ harvesting by medical experts.

In a contentious move that attracted media attention, Chinese officials Huang Jiefu, a former vice minister of health in China, and Wang Haibo, another official responsible for China's organ transplant database, attended the Vatican's Feb. 7-8 summit of the Pontifical Academy of Sciences.

Both men have been heavily involved in organ harvesting from prisoners of conscience in China, said Wang Zhiyuan, a China-trained doctor now researcher based in the United States.

"We have a lot of evidence that [both officials] were involved in illegal organ harvesting," said Wang Zhiyuan president of the World Organization to Investigate the Persecution of Falun Gong (WOIPFG) and a past research scientist at Harvard Medical School.

Huang, a liver surgeon, is the official spokesperson for China's organ transplantation system, which has been dogged by consistent reports that it harvests organs from death-row prisoners, religious and ethnic minorities such as Uighurs, Tibetans, "underground" Christians and primarily Falun Gong spiritual practitioners.

Wang Zhiyuan told ucanews.com that during a liver transplant operation in 2005, Huang ordered two spare livers as a backup. That surgery and post-surgery observation took nearly 40 hours. According to clinical technology, a liver transplant must be done within 15 hours. If they could be reserved for 40 hours, it means the organs were harvested from living people, Wang Zhiyuan explained.

His claims about Huang were backed up in an editorial co-authored by Professor Wendy Rogers, a clinical ethicist from Australia's Macquarie University, and Dr. Jacob Lavee, a respected Israeli transplant surgeon, that were published online by the authoritative medical journal The BMP on Feb. 7 just as the talks began at the Vatican.

As an incumbent standing committee member of the Chinese People's Political Consultative Conference, Beijing's top advisory body, Huang was the first top Chinese official to participate in a Vatican summit.

"It was an insult that the Vatican summit has become a tool for China to whitewash its crimes," said Wang Zhiyuan who is a former military doctor who went to the U.S. in 1995 to seek ways to cure his amyotrophic lateral sclerosis. However, Wang Zhiyuan said he completely recovered after practicing Falun Gong in 1998.

In the lead up to the summit, WOIPFG sent a letter urging Pope Francis not to allow China's participation in the event. The letter said that Huang helped establish organ transplantation centers across China while saying that the liver surgeon was himself "one of the biggest butchers who has directly participated in forced organ harvesting."

Enver Tohti, an ethnic Uighur who fled to England after he partook in organ harvesting as a surgeon in China's west during the 1990s, was one of the signatures of another letter from 10 medical ethicists and professionals opposing Huang's attendance at the Vatican summit.

"Organ harvesting is now so rampant in China that they can provide a kidney in four hours. This is ethically unexplainable," Enver Tohti told ucanews.com.

He said that the summit has given China an opportunity to avoid charges of organ harvesting. The summit is "tainted by money and vested interests," he said.

"China is using her economic power to force other countries to bow to her. Even the pope is no exception. This is not acceptable," Enver Tohti said.

Bishop Marcelo Sanchez Sorondo, chancellor of the  Pontifical Academy of Sciences, defended China's participation in the summit, which was attended by nearly 80 doctors, law enforcement officials and representatives of health and non-government organizations.

"Are they doing any illegal transplantation of organs in China? We can't say. But we want to strengthen the movement for change," the bishop was quoted by media.

The controversy has come at a time when Beijing and the Vatican have been conducting secret talks about episcopal appointments in the communist-run country.

The practice of using executed prisoners' organs for transplants was banned in 2015. But human rights watchers fear that prisoners are being reclassified as voluntary donors to get around the rules.

In June last year, the U.S. passed a resolution that urged the Chinese government to stop harvesting the organs of prisoners of conscience, and end the persecution against Falun Gong. 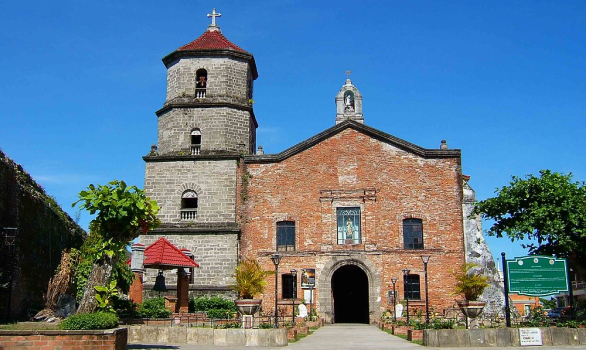