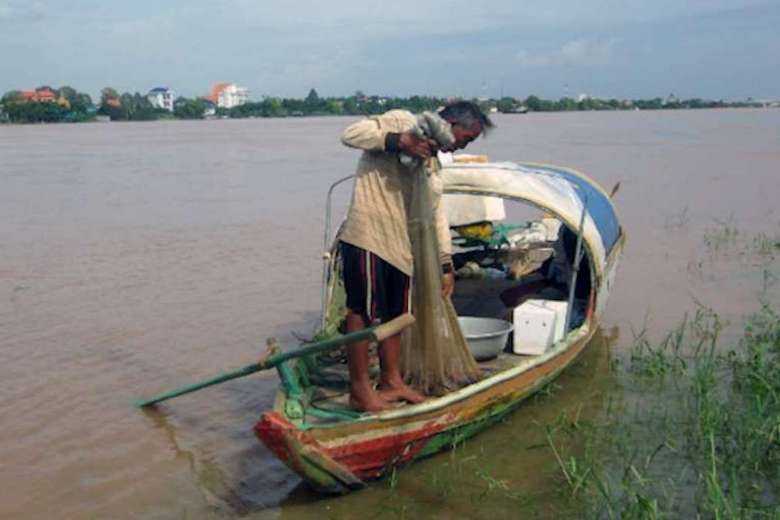 Chinese state media claim the US-based Stimson Center, which monitors dams and the impact of climate change on the Mekong River, has mounted persistent attacks on its dams with reports that are full of errors.

“There is no serious water conflict among countries along the Lancang-Mekong River, contrary to some Western media reports and scholars,” said Zhai Kun, an expert from the School of International Studies at Peking University, said.

He said it was normal for upstream and downstream countries to have different, even conflicting, interests in the development and utilization of cross-border water resources.

According to the Mekong River Commission (MRC), the Lower Mekong Basin has entered its fourth year of drought with water levels at their lowest ebb in 60 years, impacting on fisheries, agriculture and the livelihoods of 65 million people who are poor and live hand to mouth.

China and to a lesser extent Laos have been accused of hoarding water amid the drought at the expense of Thailand, Cambodia and Vietnam.

Nonetheless, this isn’t the first time that deviations, even contradictions, in MDM results have been exposed

“In 2019-2020, MDM launched a high alert for a ‘China dam threat’ by claiming that the drought in the lower Mekong region was due to China’s upstream dams’ withholding of water. However, its own results were embarrassingly contradictory,” CGTN said.

Ge Hongliang, deputy director of the College of ASEAN Studies at Guangxi University for Nationalities, said the US has ramped up its efforts in strengthening its participation in Indo-Pacific affairs, which are strategically significant to its national interests.

He said this was being achieved through multilateral groups such as the Quad Alliance — made up of the US, India, Japan and Australia — the Asia-Pacific Economic Cooperation and the Mekong-US Partnership.

The CGTN report said MDM had acknowledged one error in its reporting, caused by a typo, and this had been rectified. It largely referred to data collected by MDM over 2019 and 2020 saying that its water levels readings were out by depths of up to eight meters.

“Nonetheless, this isn’t the first time that deviations, even contradictions, in MDM results have been exposed,” it said.

In its latest report, "Mekong Low Flow and Drought Conditions in 2019–2021," the MRC found that since 2015 the hydrological regime had changed, with more dry season flow and reduced wet season flow caused by increased storage reservoirs in the basin.

“This has resulted in both positive and adverse consequences. However, the 2019–2021 period was exceptional due to highly reduced rainfall and worsening climate conditions,” said An Pich Hatda, then chief executive of the MRC Secretariat.