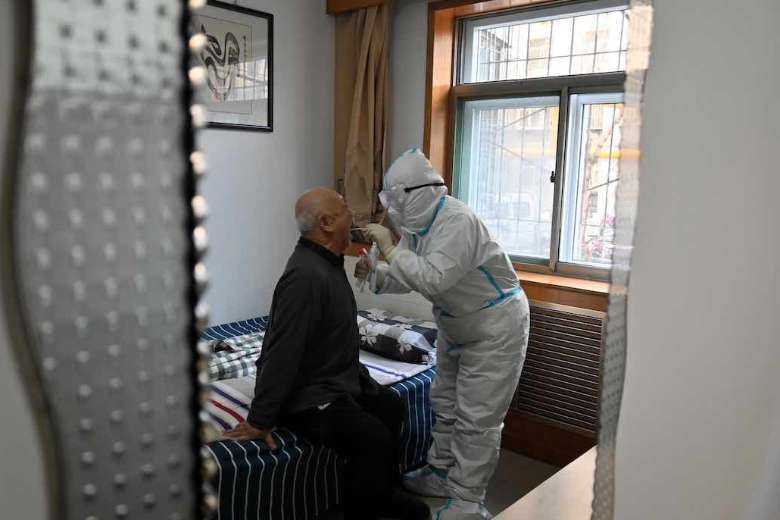 The Chinese Catholic Patriotic Association, the state-approved Church in China, has condemned rumors that church gatherings were a source of the Covid-19 outbreak in some northern villages.

“The spread of the rumors has seriously violated the legal rights and interests of the priests of the Catholic Church and undermined the harmony and stability of society,” said a statement by the Catholic Patriotic Association (CPA) of Gaocheng district of Shijiazhuang city in Hebei province.

The statement issued on Jan. 7 said recent postings on major social media platforms such as WeChat and Weibo had blamed gatherings of Catholic faithful and foreign priests as the cause of the virus spread among several villages in Gaocheng.

The rumors claimed that 20 days ago many European and American priests came to participate in religious activities but did not take any precautionary measures, the statement noted.

“It is now almost impossible for European and American priests to come to China. Even if possible, all immigrants must be quarantined in designated hotels for 14 days,” and they must have a certificate with a “double negative” (antibody and nucleic acid testing) to enter the country, it said.

“In order to protect our legitimate rights and interests, we have reported to the police in regards to the rumors of the epidemic and reserve the right to pursue the legal responsibility of the rumors,” the statement said.

Authorities locked down Shijiazhuang, the capital of Hebei province, on Jan. 6 after the infection began to spread rapidly in the city of 11 million people. The city had recorded 310 cases as of Jan. 7.

To check the spread, authorities have barred people from leaving the city and blocked major highways, closed train and bus stations and canceled all flights.

The local CPA statement said there are no Catholic-run prayer venues in villages including Xiaoguozhuang, Liujiazuo and Nanqiaozhai mentioned in the social media posts.

Hebei is considered China’s Catholic heartland as it has some 1.5 million Catholics, about one quarter of the total in China. Most belong to the clandestine underground Catholic community, while the state-sanctioned open church is also active.

Authorities have already shut down some 155 official religious venues in Beijing as coronavirus infection spread in nearby Hebei province.

Religious activities across the country were suspended last year to curb the pandemic, and religious venues have only been reopened to the public in the last few months.