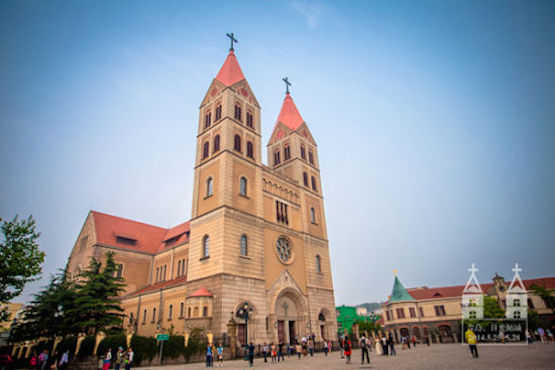 Catholics at a parish in eastern China fasted on Jan. 2 as reparation for the desecration of the eucharist by a member of the congregation during Mass on Christmas Eve.

A man ran up to the altar and broke the eucharist into pieces after receiving communion during Mass. Catholics present immediately removed him but his act has upset many Catholics.

"The man belongs to another parish. I don’t know why he did this. Someone said he suffered from depression," Father Feng Shijie, parish priest at the cathedral, told ucanews.com.

Catholics believe that the holy eucharist, the consecrated piece of bread is the body of Christ. Its desecration is among the gravest of sins in the church.

The person has incurred "automatic excommunication" according to church law and can be charged for disrupting social order according to Chinese law, said Father Feng.

"However, in the spirit of Christ, we should pray for him so that God give him a chance to repent," he said.

In response to Bishop Joseph Li Mingshu of Qingdao’s instruction to pray and repent for this sacrilegious act, the parish held a 12-hour adoration of the Blessed Sacrament and a one-day of fasting on Jan. 2.

"We have also gone to the police to persuade authorities give the person a lenient sentence," the priest said, noting that people disrupting social order could be given a three-year sentence.

"We have just completed the Year of Mercy. We should continue and profess a merciful spirit," said Father Feng.