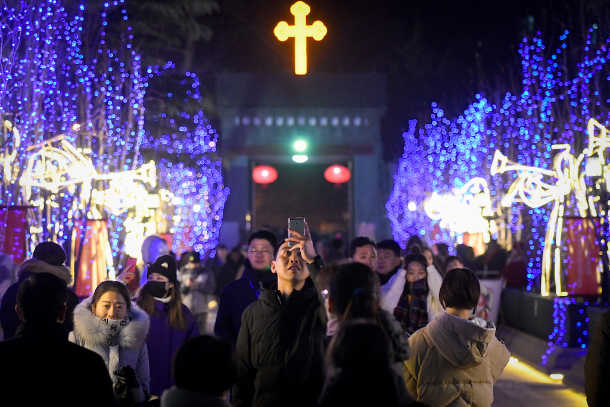 A man uses his mobile phone to take a photo at a Catholic church before a Christmas Eve Mass in Beijing. (AFP photo)

Catholics in mainland China have mixed views over Pope Francis’ impending visit to Asia and do not expect it will lead to any easing of persecution by the communist government.

The pope will be in Thailand from Nov. 20-23 to commemorate the 350th anniversary of the establishment of the apostolic vicariate of Siam. He will then visit Tokyo, Nagasaki and Hiroshima in Japan from Nov. 23-26.

Father Liu of Hebei expressed optimism about the pope’s Asian trip and believes it is a gesture of his concern for the Asian Church. He hopes that the pontiff will visit China soon.

"The countries that he visits this time are adjacent to China — it shows that the pope's footsteps to China are getting closer and closer," he said.

Wang Baolu, a Catholic in Hebei, said he still does not understand why the pope has signed a secret agreement on the appointment of bishops with the Chinese Communist Party (CCP). The move has not improved religious freedom but has led to more persecution, he said.

Wang does not want the pope to visit China. "Whether he comes or not makes no difference. Is he coming to see how badly we are being betrayed by him?"

He is worried that if the pope comes to sign another agreement with the CCP, the China Church will be “completely handed over to Satan.”

However, he hopes that Pope Francis will come to China to see how the CCP has persecuted the mainland Church and whether the agreement on bishops was worth it.

Zou said Shandong Catholics have had no good news since the signing of the agreement.

"On the contrary, the bishops sing red songs [praising the revolution], churches continue to be demolished, and Catholics feel nothing beneficial brought by this agreement, but the suppression and persecution are getting tighter and tighter, overwhelming them," he said.

Sister Sun from Henan has no great feelings about the pope’s visit to Asia.

"The Henan Church has been oppressed by the CCP in such a way that it is no longer the Church of God,” she said.

“Children can't go to church, many churches have been demolished, and religious signs have been replaced by traditional, cultural and patriotic education symbols. It means that churches are no longer the sacred places of the Lord." 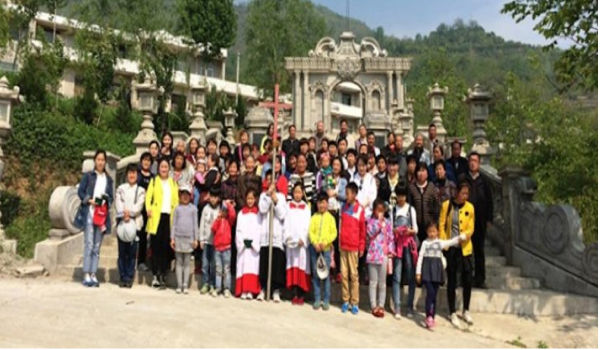