No one can meet the activist because of the Covid-19 situation, a detention center employee claimed 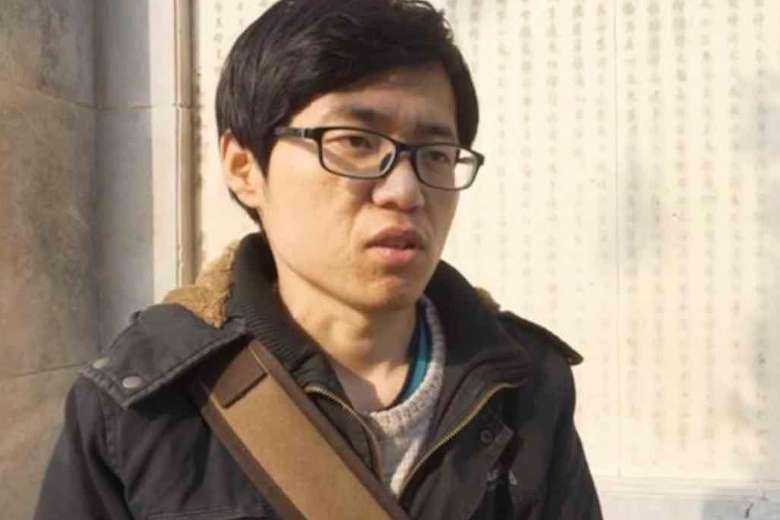 Screen grab of a Jan. 21, 2019, Hong Kong television interview with activist and writer Pang Jian, who has been detained since January on suspicion of 'splitting the country' in Hebei's Gaobeidian city. (Photo: RFA)

A 30-year-old Catholic writer, arrested in China’s northern province of Hebei on suspicion of secession six months ago, remains in jail with his family unable to meet him.

Pang was arrested after he reported on forced demolitions and evictions in rural areas around Beijing, Tianjin and Hebei, said his father Pang Jingxian in a recent interview with RFA.

"They have been doing coronavirus testing around here lately, and he went to line up [to get tested]," he said. "Somehow, I'm not sure exactly how, the police detained him while he was there."

The police also raided his home and took away his belongings.

“We didn't hear anything for a while," but later received notices of his detention and formal arrest dated Jan. 15 and Jan. 28 respectively, Pang Jingxian said.

The detention notice said the writer was detained at Gaobeidian Detention Center at 11am on Jan. 15 on suspicion of inciting secession.

Pang Jingxian said he went to visit his son but could not contact him there. "We can't get hold of him now, and we haven't found a lawyer," he said.

Pang Jian had written about Hebei's Catholics and their unique culture, according to his US-based friend Ryan Shi.

He took photos of most Catholic churches in Hebei and wrote about Catholic customs and architectural features.

Pang Jian also featured in Hong Kong media speaking about Hebei’s underground Catholic community, which refuses to be part of the state-sanctioned church.

An employee of Gaobeidian Detention Center told RFA by phone on July 3 that Pang Jian was still being held there on suspicion of inciting secession.

His health was "very good," the employee said when asked if he suffered from any mental or physical health issues.

No one is allowed to visit him because of the pandemic situation, the employee said.

"One reason is that the case isn't yet closed and the other is the coronavirus situation, so no visits are allowed,” the employer said.