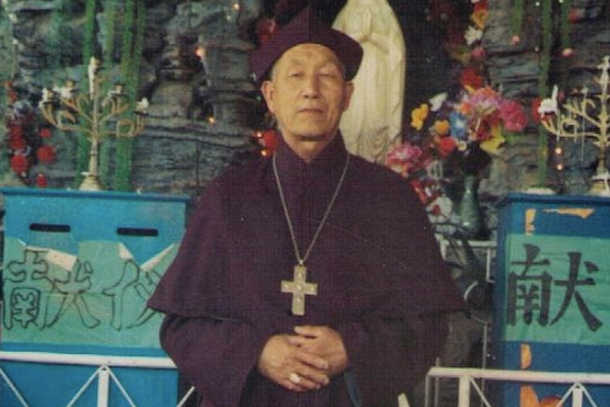 An underground Chinese bishop last seen 17 years ago is feared dead as state officials reportedly push the Vatican to recognize his assistant as a bishop in his place.

Bishop James Su Zhimin of Baoding in Hebei province, now aged 88, was last seen in 2003 by a Catholic in a hospital in Baoding. That was six years after he was arrested. However, he has been missing since then.

Bishop Su was arrested for his refusal to join the government-sanctioned Chinese Catholic Patriotic Association (CCPA) in 1997.

The authorities have requested the Vatican to appoint Coadjutor Bishop Francis An Shuxin as the bishop of Baoding, according to Su Tianyou, Bishop Su's nephew.

Su Tianyou, who has been trying to discover the whereabouts of Bishop Su, told UCA News his information is based on a diocesan source.

The state authorities have never recognized Bishop Su, who fiercely defended the underground church loyal to the Vatican. Instead, they considered Bishop An, his assistant, as the bishop of Baoding.

Bishop An, 71, originally belonged to the underground church, and in 1993 he was secretly ordained as auxiliary bishop.

In 1996, he was detained by authorities and under house arrest for 10 years until he was released in 2006. Since then, he has been working openly and became vice-chairman of the local CCPA.

The state-sectioned church installed him as the bishop of Baoding in 2010, with state authorities recognizing his position,

According to Su Tianyou, local Catholics refuse to accept Bishop An as the bishop of Baoding. The authorities want him to be recognized by the Vatican so that local Catholics will accept him as their bishop.

However, Bishop An told UCA News that he had not heard about the state trying to get Vatican recognition for his status.

"Bishop Su is the official bishop of Baoding Diocese and I am the coadjutor of the bishop. I have a lot of respect for Bishop Su. When I was released in 2006, I asked provincial government officials about Bishop Su's whereabouts, but they said they had no idea," said Bishop An, noting that he was unsure whether Bishop Su was dead.

Bishop An said that at a meeting with officials at the National Religious Affairs Administration in Beijing, he tried to discover the whereabouts of Bishop Su. But he was told that "it is not a matter that we can resolve. It's up to the central government and the Vatican," he quoted a senior official as saying.

But Su Tianyou said he believes Bishop Su may be dead now. "But we still hope to see him, whether he is alive or dead."

Reports say representatives of the Vatican and China are to meet this month to review the 2018 temporary agreement they signed on bishops' appointments.

"The Vatican should be able to take the lead in the negotiations and demand that Bishop Su be released," Su Tianyou said.

He said most local Catholics consider Bishop An a traitor who gave up his faith for positions. The Vatican's cooperation with Beijing is a betrayal of Catholics like Bishop Su who have been standing up to the communists, he said.

"The Vatican cannot forget the bishops in prison, but the CCPA teases them," Su Tianyou said.

Born in 1932, Bishop Su was arrested eight times, imprisoned, put under house arrest or put through labor camps for more than 30 years. He was ordained a priest in 1981 and appointed bishop of Baoding in 1992.