Moves comes only a week after fresh restrictions on religion 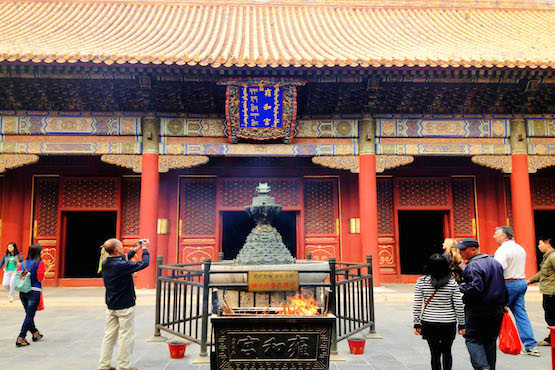 The Lama Temple in Dongcheng District, Beijing. In tandem with the tougher supervision on religion, the new NGO law places greater restrictions on how Chinese NGOs work. (Photo by Good Free Photos)

Beijing has finally passed a controversial new law tightening control of non-governmental organizations that appears set to play havoc with Christian aid groups and charity work in the country.

Yet aid groups have vowed to press on with their work in China despite concerns over restrictions on overseas funding and other curbs.

The new rules were passed by the nation's rubber stamp parliament — the National People' Congress on April 28 after a third reading, just days after the ruling Communist Party's first top-level religious conference in 15 years.

The conference was led by President Xi Jinping who issued a largely secret blueprint for the control of foreign religious groups.

In tandem with the tougher supervision on religion, the new NGO law places greater restrictions on how Chinese NGOs work with foreign partners, stating that foreign NGOs are banned from "illegally engaging in or sponsoring religious activities," according to the state-run tabloid Global Times.

"If foreign NGOs do not violate the regulations, there is nothing to worry about," said Paul Pun, secretary-general of Caritas Macau. "We just need to carry on with our work."

Still, it remains unclear whether these programs will be affected as the new NGO law is not due to take effect until Jan. 1.

Officials from other Christian organizations in China have expressed greater concern but requested their names not be used due to security concerns.

If enforced to the letter, the new NGO law could impact China's socio-economic development, particularly the poor who live off donations from NGOs, a Catholic blogger in eastern China told ucanews.com.

"The law basically covers all aspects of life in the country," the blogger said. "At the same time, the definition of activities is very broad."

The new rules have been estimated to affect over 7,000 NGOs across China and are the latest rules that foreign observers claim are continuing to restrict the space in which civil society in China can operate.

This will cause a major headache for Christian NGOs, many of which have relied on generous funding from overseas in recent years, the director of a Christian NGO told ucanews.com before the draft was revised for the final time and then passed this week.

"I would say that the new law will have a big impact on our charitable services," the NGO director said, adding that considerable sums from overseas may now be in jeopardy.

Hundreds of thousands of corrupt party officials have been prosecuted, with the government banning both active and retired officials cadres from following a religion.

Also, thousands of extra military police have been deployed amid a string of attacks in Xinjiang where about 10 million ethnic Muslim Uighurs reside.

China's state media admitted that the new NGO law is in part an effort to block separatist groups including the minority Muslim Uighur militants and Tibetan Buddhists linked to the Dalai Lama from receiving financial support.

Despite efforts by Chinese officials to curb fears over the new legislation — particular among foreign NGOs and governments — state newspapers quoted one Chinese aid worker in Beijing as saying that the new law "heavily discriminates against overseas NGOs."

The term "national security" used in the law could be interpreted in many different ways, Jia Xijin, deputy director of the NGO Research Center at Beijing's Tsinghua University, told Global Times. This has been a common complaint from foreign NGOs and governments.

"The boundary of [police] power should be made clearer," Jia said.