Over the past 72 years, a human tragedy has unfolded in China to rank alongside the Holocaust and Cambodia's killing fields
Published: October 01, 2021 03:55 AM GMT ▾ A flag-raising ceremony to celebrate the 72nd anniversary of the founding of the People's Republic of China is held in Tiananmen Square in Beijing on Oct. 1. (Photo: AFP)

Today is China’s National Day, the 72nd anniversary of the founding of the People’s Republic of China. But let’s be clear about something that is all too often confused: while China as a great and ancient civilization has much about it that deserves respect, with a rich and deep culture — from poetry, language, philosophy, art, music and cuisine — that should be celebrated, and a people who show extraordinary entrepreneurialism, creativity and grit in the face of adversity, those are entirely different from the Chinese Communist Party (CCP) that has ruled tyrannically for the past seven decades.

In reality, today is not China’s National Day in the truest sense — a day of celebration of China’s culture and people who have contributed so much to the world — but instead an anniversary of an ideological revolution that plunged one of the world’s great civilizations into more than 70 years of repression and now poses one of the most serious threats to the free world and the international rules-based order. As such, it is a day of mourning, not celebration.

Over the past 72 years, one of the modern world’s greatest human tragedies has unfolded in China, ranking alongside the Holocaust, the Soviet Union’s repression, the killing fields of Cambodia, the atrocities in North Korea and Myanmar and all the other mass atrocities which humankind has inflicted on its fellow humans.

Just the Great Leap Forward and the Cultural Revolution combined mean Mao Zedong killed more people than Joseph Stalin and Adolf Hitler. Add to that decades of killings in Tibet, the Tiananmen Square massacre of 1989, years of forced organ harvesting and the persecution of Uyghurs, which is now increasingly recognized as the contemporary world’s latest genocide, and you have a grim picture.

On top of these atrocities, in recent years — as the UK Conservative Party Human Rights Commission documented in its report, “The Darkness Deepens: The Crackdown on Human Rights in China 2016-2020,” published earlier this year — China is waging an intense assault on Christians, a crackdown on civil society, citizen journalists, dissidents, bloggers, whistleblowers and lawyers, and the rapid dismantling of Hong Kong’s freedoms.

When someone like Jimmy Lai, an entrepreneur and devout Catholic, is jailed in Hong Kong decades after fleeing mainland China in search of freedom, there is really nothing to celebrate and much to mourn today.

Furthermore, the CCP regime is infiltrating and subverting the free world’s morals in a frightening way. From Hollywood to the City of London, from Wall Street to the Vatican, Beijing’s tentacles are extending in ways that should concern us all.

Does it not strike you as odd, ill-advised, risky and unethical that some of the free world’s key pension funds are deeply invested in Chinese companies complicit in genocide, crimes against humanity and other grave human rights violations at a time when “environmental, social and governance” investing is de rigueur?

Yet this is the finding of a new report by Hong Kong Watch, published last week, which found that some of the world’s major institutional investors have put millions into companies such as Alibaba, which alongside Hikvision has produced facial recognition technology used by the CCP regime to target Uyghurs and has helped to construct China’s surveillance state and prison camps. Or Tencent, which is accused by Human Rights Watch of using WeChat, the social media app it owns, as a tool of surveillance and censorship for the Chinese state.

Moreover, as former Hong Kong legislator Dennis Kwok and my colleague Johnny Patterson have argued in the Wall Street Journal, “China’s increasingly unstable business environment looks likely to leave these financiers looking foolish or reckless. Beijing’s crackdown on private businesses has wiped out hundreds of billions of dollars in market value in the past two months.”

Does it not also strike you as odd that the Holy See is invested in a dodgy deal with Beijing which, far from leading to any improvement in religious freedom, has resulted instead in further persecution — and the pope’s silence?

I love Pope Francis and am always heartened by the fact that almost every Sunday when he prays the Angelus from his window onto St. Peter’s Square in Rome, he speaks about one issue of injustice, persecution or conflict or another — except China.

His silence on the Uyghurs, the persecution of Chinese Christians, forced organ harvesting, repression in Tibet or the dismantling of Hong Kong’s freedoms in flagrant violation of an international agreement — not to mention the jailing of many Catholics, in mainland China and among Hong Kong’s democrats — is both deafening and baffling. Couldn’t he at least pray for them?

Today is a day instead to protest its regime, pray for its people and their liberation and mourn those who have been murdered or jailed

And that’s the key point today. Let’s not get caught up in Beijing’s propaganda. Let’s instead pray and protest. Should we talk to the regime? Of course we should. We cannot ignore or isolate a country of China’s size and power. The question isn’t whether to talk but what about and on what conditions.

But the one thing we must stop doing is kowtowing. Especially today. We must remember that today isn’t a day to honor China — a country I love deeply and which has been a central part of my life since I first went to teach English in Qingdao aged 18 almost 30 years ago. Today is a day instead to protest its regime, pray for its people and their liberation and mourn those who have been murdered or jailed — and resolve to work for a better future.

Mao Zedong reportedly declared on this date 72 years ago that the Chinese people had “stood up.” Today it’s time the rest of the world stood up for the people of China and their right to human dignity and liberty. 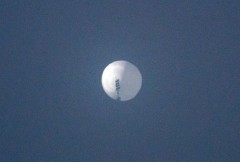