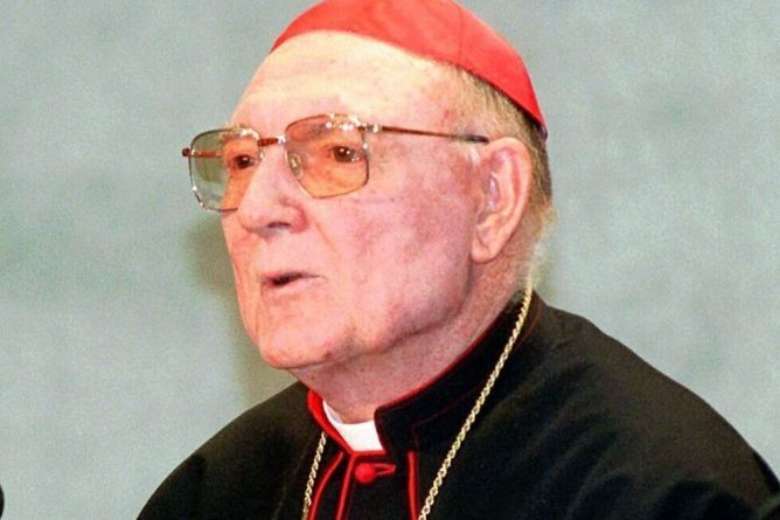 Australian Cardinal Edward Idris Cassidy, who was the last apostolic pro-nuncio to China, died on April 10.

The former president of the Pontifical Council for the Promotion of Christian Unity was also pro-nuncio to Bangladesh and worked in the Indian nunciature during his three-decade diplomatic career.

Cardinal Cassidy was 96 and had been leading a retired life in Australia since 2001.

“There was a simplicity in it all — the simplicity of a man called to high office in the Church but with his eyes firmly on Jesus Christ.”

Archbishop Coleridge recalled the cardinal as a “friendly and down-to earth” person.

Archbishop Peter Comensoli of Melbourne remembered Cardinal Cassidy as “a wonderful man of God and servant of the Church, and a terrific Australian.”

Cardinal Cassidy was named apostolic pro-nuncio to China in 1970 but was based in Taiwan. He left the office in April 1972, making him the last to hold that title. Since then the Vatican embassy in Taiwan is headed by a chargé d'affaires and has no pro-nuncio.

The prelate was named the first pro-nuncio to Bangladesh in 1973, two years after this Muslim-majority nation was formed. He served the office for six years.

He was also apostolic delegate to southern Africa and apostolic pro-nuncio to Lesotho and the Netherlands. As head of the Vatican office for Christian unity, Cardinal Cassidy was responsible for signing the Joint Declaration on the Doctrine of Justification along with the Lutheran World Federation in 1999.

In 1988-89, he served as the sostituto, the second-ranking official, at the Vatican Secretariat of State.

He was made a cardinal in 1991 by St. Pope John Paul II. He missed voting in the conclave that elected Pope Benedict XVI in 2005 as he aged out just nine months before.

Born in Sydney on July 5, 1924, Cassidy worked as a junior clerk at the Department of Road Transport as his family had financial difficulties.

In 1942, he entered a seminary and was ordained a priest in 1949 for Sydney Diocese. He went to Rome to study canon law in 1952 and secured a diploma in diplomatic studies from the Pontifical Ecclesiastical Academy.

As a priest, Cassidy worked in nunciatures in India, Ireland and Portugal.