For the first time, China's illegal underground churches, whose members are estimated in the tens of millions, are mounting a unified and increasingly organized push for legal recognition, writes Brian Spegele in the Wall Street Journal. 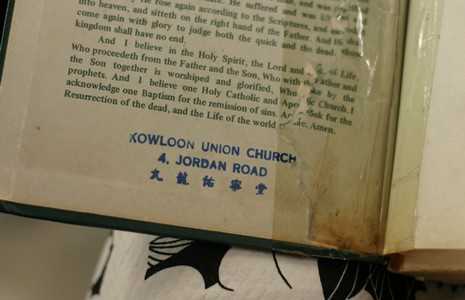 A booklet from a Hong Kong church, on Flickr

On a recent Sunday at the Beijing Zion Church, Pastor Jin Mingri laid out a vision for Christians in China that contrasts starkly with the ruling Communist Party's tight reins on religion. (Brian Spegele, The Wall Street Journal) "Let your descendants become great politicians like Joseph and Daniel," said Mr. Jin, referring to the Old Testament figures who surmounted challenges to become political leaders. "Let them influence the future course of this country," the pastor said in one of several sermons to his 800-member church. Mr. Jin is one of a growing group of Protestant leaders challenging China's state-run religious system, in an escalating struggle largely unnoticed by the outside world. For the first time, China's illegal underground churches, whose members are estimated in the tens of millions, are mounting a unified and increasingly organized push for legal recognition. The government, fearing that faith in God will soon subvert faith in the party, is responding with a stepped up campaign against the churches and the networks uniting them. The struggle is shaping up as the tensest standoff over religious freedom in China since a brutal crackdown on adherents of Falun Gong in 1999 after they made similar calls for official acceptance, China experts say. ... "The situation is becoming out of control," said Yang Fenggang, director of Purdue University's Center on Religion and Chinese Society and a leading scholar on Chinese church-society relations. More than a decade after the Falun Gong crackdown, the stakes are higher this time: A full-scale government campaign against underground Christians could risk not only domestic resistance but also damage the country's international standing and bring condemnation from Christians world-wide. ... Unlike Falun Gong, which was suppressed after tens of thousands of members were arrested and disappeared beginning in 1999, today's Protestant movement may prove harder to put down. A vast national network of underground churches across the country promises to have staying power. No sooner was Shouwang shut down, for example, than Zion became more prominent and Mr. Jin more outspoken. More pastors are waiting in the wings. ... To be sure, tensions won't necessarily lead to an open showdown if both sides agree to compromises. The Communist Party, facing a host of other pressing social problems and a leadership transition next year, may seek to ignore the standoff for now. Much will depend on decisions by Protestant leaders about how far they want to publicly challenge authorities, China experts say. FULL STORY China's Banned Churches Defy Regime (The Wall Street Journal) PHOTO CREDITjoybot on FlickrCC BY-SA 2.0