The global community must act to end the forcible extraction of organs from prisoners of conscience
Published: January 01, 2020 02:07 AM GMT ▾ 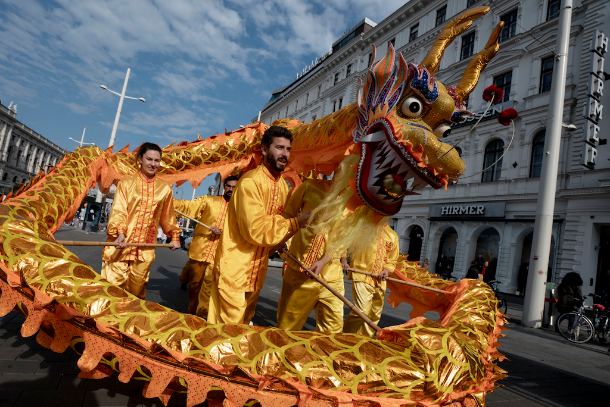 This article was first published on April 4, 2019

China may be committing what one expert, journalist Ethan Gutmann, author of The Slaughter, describes as “a form of genocide cloaked in medical scrubs.” Or what British MP Fiona Bruce, chair of the Conservative Party Human Rights Commission, described in a debate in parliament last week as “a crime against humanity and … potentially nothing less than a 21st century genocide.”  A crime unlike any other — the forcible extraction of organs from prisoners of conscience.

The man who prosecuted Slobodan Milosevic — British barrister Sir Geoffrey Nice, QC — is chairing a seven-member panel at an independent tribunal on the subject. The China Tribunal panel, which includes lawyers, an academic, a senior medical expert and a businessman, will hold further hearings on April 6-7 in London, and will publish its final judgment in June, but it has already concluded, after the first three days of hearings last December, that they are “certain, unanimously, and sure beyond reasonable doubt that in China forced organ harvesting from prisoners of conscience has been practiced for a substantial period of time, involving a very substantial number of victims …. by state-organized or approved organizations and individuals.”

For such an eminent panel to take the unusual step of issuing an interim judgment must surely command attention. They took their decision, they said, in the hope that it might “save innocents from harm.”

Yet it is one of the most difficult human rights violations to prove because, in contrast to many other abuses, the only witnesses are the doctors, police and prison officers involved. The evidence, in a hospital operating theatre, is cleaned away with clinical efficiency. And as Bruce put it in last week’s debate, it is “almost a perfect crime” because there are no victims to testify. “That is because no one survives”.

Chinese-born Canadian actress and former Miss World Canada Anastasia Lin told a hearing in the British parliament that “on the street, if someone assaults you, you can scream for help. Tied to a hospital bed in the surgical room of a labor camp, no one can hear your screams. In China, it is the state itself that is involved in organ stealing."

The charge is that not only death-row criminals but also prisoners of conscience — particularly practitioners of the Falun Gong spiritual movement, Uyghur Muslims, Tibetan Buddhists and certain house Christians — have been subjected to extensive medical testing, compatible with tissue matching for organ transplants, and that many have had their organs removed without their consent. Those organs have fed an enormous commercial trade in organ transplants.

Three years ago, Canada’s former secretary of state for Asia-Pacific David Kilgour, lawyer David Matas and journalist Gutmann published a report, “Bloody Harvest/The Slaughter: An Update,” which builds on previous investigations and focuses on forensic research into public records of 712 hospitals in China carrying out liver and kidney transplants.

They found that the number of organ transplants in China is far greater than previously reported, and therefore, they conclude, the scale of forced organ harvesting is too. One hospital alone, Tianjin First Central Hospital, is carrying out over 6,000 transplants a year — and they extrapolate that between 60,000 to 100,000 organs are transplanted each year in Chinese hospitals. This raises the question: where are these organs coming from?

China has not had a tradition of voluntary organ donation. In 2018, the government’s official figures put the number of organ donors around 6,000, donating a total of 18,000 organs. Yet this, claim Kilgour, Matas and Gutmann, is “easily surpassed by just a few hospitals.”

Furthermore, in China patients, including foreigners, are promised matching healthy organs within days, in contrast to most advanced Western countries where a patient waits many months, sometimes years, for a transplant. Researchers posing as patients made telephone calls to Chinese hospitals and had this confirmed.

The country’s former vice-minister for health and chair of the organ transplant committee, Dr. Huang Jiefu, is on record ordering two spare livers from hospitals in Chongqing and Guangzhou as a back-up for an operation he was conducting in Xinjiang in 2005. They were delivered the next morning.

The simple fact is that the figures don’t add up. To be able to provide healthy matching organs to a patient within days, to have hundreds of hospitals conducting transplants, and yet to have only a few thousand voluntary donors a year means there must be an additional source of organs. Death-row prisoners may account for some, but as Chinese law requires that prisoners sentenced to death must be executed within seven days, it makes the availability of organs on demand from that source limited. That has led investigators to the conclusion that prisoners of conscience are the source. “The end of this crime against humanity is not in sight,” they conclude. “The ultimate conclusion is that the Communist Party of China has engaged the state in the mass killings of innocents … in order to obtain organs for transplants.”

A former surgeon from Xinjiang, Dr. Enver Tohti, has testified to having forcibly removed organs from a prisoner in 1995 at an execution ground. After being instructed by his hospital’s chief surgeons, he prepared the equipment and was taken to the site.

“We had been told to wait behind a hill and come into the field as soon as we heard the gun shot,” he recalls. “A moment later there were gun shots. Not one but many. We rushed into the field. An armed police officer told me where to go. He led us closer, then pointed to a corpse, saying ‘this is the one.’ By then our chief surgeon appeared from nowhere and told me to remove the liver and two kidneys. He urged me to hurry up … Then our chief surgeons put those organs in a box and got into the car. They told me to go back to the hospital and never to speak of what had happened.”

Experts have testified in legislatures around the world, including the United States Congress, and resolutions have been passed in Congress, the European Parliament and other legislatures condemning the practice. Some countries, particularly Israel, Italy, Spain and Taiwan, have banned “organ tourism” to China, and Canada’s Senate has legislated to do the same. U.N. rapporteurs have called China to account for the sources of organs, but received no response, and one of the world’s most respected voices on organ transplant ethics, Dr. Annika Tibell, has called for an international inquiry.

Does China have a response? If so, we would like to hear it. If not, the international community in all its composite parts — governments, media, lawyers, medical practitioners, professional associations and non-governmental organizations — must consider theirs. If the China Tribunal’s interim judgment casts light on truth, then it compels that justice be done and those responsible be held accountable. If true, it requires a re-evaluation of relations with those responsible.

Other countries should follow those that have already legislated to ban organ tourism to China. The United Nations should appoint a special rapporteur for human rights in China and hold a commission of inquiry. And if true, it requires urgent action to stop the murder of further innocents.

As Bruce concluded: “Will we once again hear the phrase ‘never again’ spoken with regret when eventually the truth comes out? It is not the case that nothing can be done … It cries out to be addressed. Those who fail to do so will one day be held to account.”