Beijing-based Congregation of St. Joseph nuns are devoted to pastoral and missionary ministries 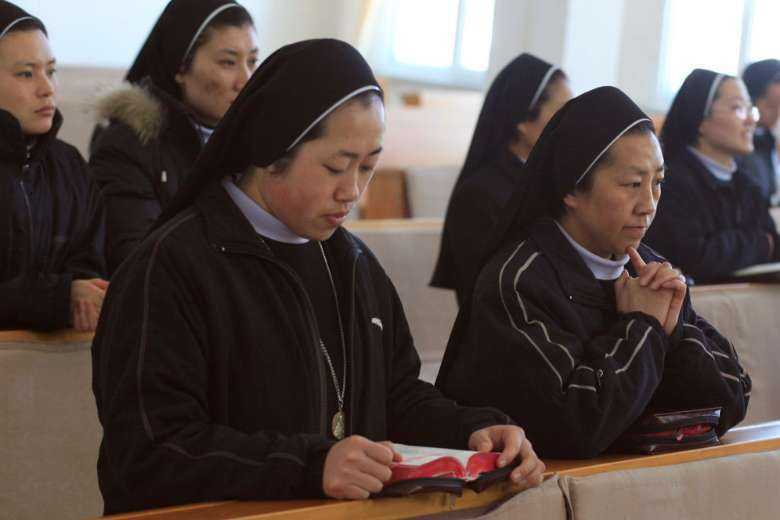 Members of the first native Catholic female religious congregation in China recalled the order’s history and vowed to deepen their commitment to charism as they marked its 150th anniversary.

The Congregation of St. Joseph, based in the Archdiocese of Beijing, has 49 nuns working in various dioceses, parishes, schools, clinics and a nursing institute, Vatican’s Fides news agency reported on May 2.

A modest jubilee program composed of four segments was held in Beijing. Events included a presentation on the history and life of the congregation, a guided visit, seminar and prayers in the chapel.

The celebrations focused on how members can connect their charisms with ongoing synodal talks in the Church.

The nuns of the order profess their vows to live a community life with intense pastoral and missionary commitments with their motto, “Though I am free and belong to no one, I have made myself a slave to everyone, to win as many as possible.” (1 Cor 9:19).

In 1872, French missionary Archbishop Louis-Gabriel Delaplace of Beijing founded the Congregation of St. Joseph with the help of the Canossian Sisters.

The prelate aimed to allow Catholic women to effectively participate in pastoral and missionary activities through the nuns.

Initially, the order mostly had nuns from Beijing and surrounding areas. But now the nuns hail from various Chinese provinces.

In 1941, the congregation reformed its structure, statutes and religious habit. It added the profession of the vow of poverty as mandatory. Until then vows of obedience and chastity were obligatory for the nuns. It also expanded scope for the nuns to devote more time to the fields of education, health care and any needs of the diocese.

The order faced a hard time and closed for 30 years until 1986 due to the unleashing of communist revolutionary Mao Zedong’s infamous Cultural Revolution across China. It resumed with six young nuns from Beijing and now has 49 nuns from across China.

The nuns are required to have the religious, cultural, psychological and moral aptitude to maintain high standards of community life. During their formation, nuns study a range of subjects including sacred scripture, catechism, church history, theology, canon law, liturgy, spirituality, philosophy and sacred music.