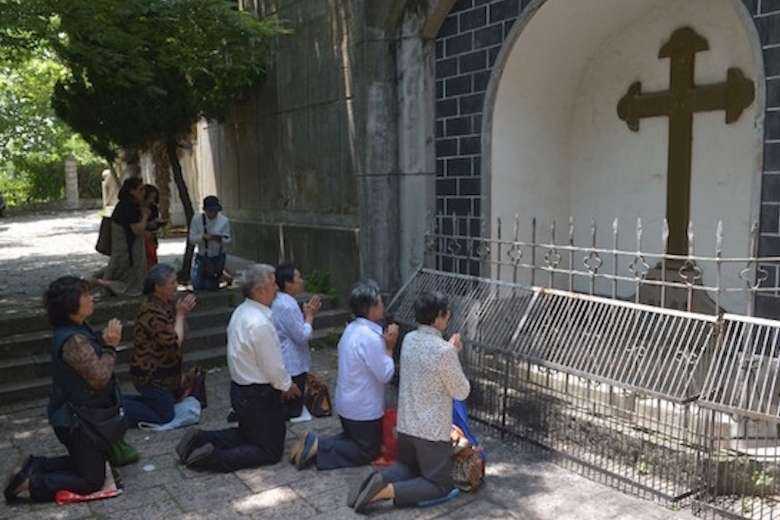 A Catholic-run institute in Chinese capital Beijing has marked 20 years of academic research on Christianity and culture and the promotion of evangelization in China and beyond.

Father Zhao is the first Chinese priest to obtain a doctorate degree after the opening up of the Church in China 1970s following the communist takeover, brutal Cultural Revolution and China’s severance of diplomatic ties with the Vatican.

Since its foundation, the academy has sought to study religions, especially Christianity, local culture and promote greater harmony between Catholicism and traditional Chinese culture, according to Fides new agency.

It has promoted the study of various themes through debates, conferences, publications, seminars, forums, training courses, scholarships and international exchanges, with topics ranging from Mariology and St. Ambrose to the doctors and fathers of the Church, the contributions of Chinese and foreign missionaries to evangelization and social development in China.

The institute has been a pioneer in mainland China for paving the way for dialogue between the inculturation of faith and the evangelization of cultures.

The academy ... is also a force of evangelization, which belongs to the present of the Church and her mission

In an interview with UCA News in 2006, Father Zhao said it was essential to have academic dialogue between the China Church and theologians on the world scene. For that purpose, it was vital for the Church to promote scholarship by adopting positive and substantial policies to support theological research.

The institute's director said the China Church needed to learn more about the conceptual development of Catholic theology, which links the local Church to the teaching of the universal Church.

He suggested the need for “more research on inculturation so the Gospel could be spread throughout Chinese civilization.”

Since 2003, the institute has conducted training courses and seminars for young people on the theme of “Catholicism and Ethics” and published the texts in its Journal of Catholic Studies.

Another major program of the institute is an annual Forum on Catholic Studies for Young Chinese Scholars that began in 2008.

The institute also collaborates with Chinese and international partners including the Social Academy of Beijing and the Catholic University of Leuven.

In 2019, during the XXIV Public Session of the Pontifical Academies, Pope Francis reportedly praised the academy for its role, especially on evangelization, over the years.

"The academy ... is also a force of evangelization, which belongs to the present of the Church and her mission," the pope said.

The first Catholic mission to China was led by Franciscan friar Giovanni da Montecorvino, who arrived in what is now Beijing in 1293

The earliest documented presence of Christianity in China is seen in Nestorian missioners who came to the then Chinese capital of Chang’an (Xi’an) during the rule of the Tang dynasty in 635 AD.

The first Catholic mission to China was led by Franciscan friar Giovanni da Montecorvino, who arrived in what is now Beijing in 1293. Russian Orthodoxy was introduced in 1715 and Protestants started their mission in China in 1807.A nationwide survey by the Chinese Academy of Social Sciences in 2010 showed that China's 23 million Protestants accounted for 1.8 percent of its 1.3 billion people.Officially, mainland China has 6 million Catholics. The Holy Spirit Study Centre of Hong Kong Diocese estimates that China has some 12 million Catholics, including “unregistered” Catholics who reject the government-sanctioned Chinese Patriotic Catholic Association.