A protester takes part in a march of ethnic Uyghurs in Brussels, Belgium, on April 28 appealing for the European Union to call on China to respect human rights in Xinjiang and to close re-education centers where Uyghurs are detained. (Photo by Emmanuel Dunand/AFP)

China has sought for decades to restrict the practice of Islam and maintain an iron grip in Xinjiang, a huge western region where more than half the population of 22 million belongs to Muslim ethnic minority groups.

Most are Uyghurs, whose religion, language and culture, along with a history of independence movements and resistance to Chinese rule, have long unnerved Beijing.

After a succession of violent anti-government attacks reached a peak in 2014, President Xi Jinping stepped up the crackdown, launching a drive to turn ethnic Uyghurs and other Muslim minorities into loyal citizens and supporters of the Chinese Communist Party.

Hundreds of thousands of Uyghur Muslims have been forced into propaganda camps for patriotic "re-education" and "deradicalization." The U.N. Human Rights Panel claims that the number of people detained in such camps in Xinjiang may exceed one million.

Under the former Soviet Union, a Muslim Religious Affairs Management Committee was established in central Asia to reorganize secular elites and the Muslim masses. But in the mid-20th century, especially after the disintegration of the Soviet Union, the situation in central Asia became challenged in the face of Islamist globalization, and it simultaneously affected Xinjiang.

The Xinjiang government enacted legislation in April 2017 and promulgated the Xinjiang Uyghur Autonomous Region Regulations on Deradicalization. The regulations target non-officially sanctioned interpretation, practice and dissemination of Islamic teachings in order to identify them as terrorism and to launch counter-measures.

At first, news was strictly blocked and overseas Uyghur communities could not contact their relatives and friends in Xinjiang. Later, due to the gradual increase in scale of the camps and the release of Uyghurs and Kazakhs who had the chance to leave China, the news spread. 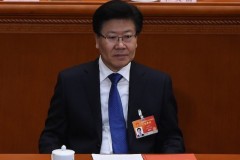 What is deradicalization? It is a term used in criminology and terrorism prevention strategies. Its original implication is a reversal process by using special means to transform individuals and groups that are already deemed radicalized.

Deradicalization is not a preventive measure but a process of treatment. To carry out deradicalization, we must confirm that people are already radicalized and there is definite evidence to show they have committed illegal violent attacks. Individuals and groups that are already radicalized are likely to use violence or fierce means to harm others at any time, endangering the public, so they need to relearn normal behavior through special treatment.

Based on their needs, every country will target specific radicalism or terrorist ideology, while diversified ways will be designed to carry out resocialization and reconstruction of personalities.

However, China's definition of radicalism refers not only to those who already have committed crime but also to those who have committed "thought crime." It means that Xinjiang Muslims could be regarded as those already radicalized provided their words and deeds do not conform to the official interpretation and practice of Islamic teachings in China.

The manifestation of radicalism is almost all-embracing, including the ways and content of preaching, marriages and funerals, property inheritance, religious appearance and costumes, and the format of education. Everything in daily life could belong to a category that requires regulation.

The governing strategy of deradicalization in Xinjiang is obviously to strengthen the official version of interpretation and practice of officially sanctioned Islam and to fiercely fight against any non-official Islamic words and deeds.

Deradicalization aims at "therapeutic rehabilitation" of offenders and terrorists. It should not be confused with the content of strategy on preventive blocking emphasized by counter-radicalization or anti-radicalization.

Counter-radicalization emphasizes the government's banning measures, while anti-radicalization focuses on measures of prevention and education. Both attempt to mimimize the risk of further radicalization. The two are mainly achieved through all kinds of vigilant precautions and educational training to deter and prevent radicalization from taking root. Therefore, the two strategies are aimed at those who have not yet started to use violence.

After all, not everyone who has a radical tendency will become a terrorist and initiate a violent attack. If they do not have violent acts that would substantially harm society, but only have some radical ideas or inclination, such as sympathizing or disseminating radical thoughts, the government may try to enforce the process to block radicalization.

The current situation in Xinjiang reveals that the ideas of deradicalization, counter-radicalization and anti-radicalization have been mixed up by muddling treatment and prevention together. And the development has led to several embarrassing consequences:

In October 2018, the Xinjiang government revised the regulations when Beijing realized the situation was embarrassing.

The Chinese government should understand that deradicalization cannot be promoted with brutality.

As a deradicalization strategy, the re-education camps in Xinjiang are suspected to be a policy mistake without considering the consequences. As unofficially sanctioned Islamic beliefs, radicalized Islamism and terrorism are tackled in an indiscriminate manner, while the strategies of preventing and treating radicalization are misplaced, more negative effects will gradually emerge.

Shih Chien-yu is a senior lecturer in the department of journalism and communication of Chu Hai College of Higher Education in Hong Kong and secretary-general of the Central Asian Studies Association in Taiwan.