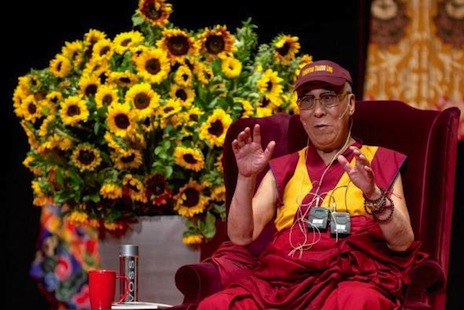 China aims to stamp out the voice of exiled Tibetan spiritual leader the Dalai Lama in his restive and remote homeland by ensuring that his “propaganda” is not received by anyone on the internet, television or other means, a top official said.

China has tried, with varying degrees of success, to prevent Tibetans listening to or watching programmes broadcast from outside the country, or accessing any information about the Dalai Lama and the exiled government on the internet.

But many Tibetans are still able to access such news, either via illegal satellite televisions or by skirting Chinese internet restrictions. The Dalai Lama’s picture and his teachings are also smuggled into Tibet, at great personal risk.

Writing in the ruling Communist Party’s influential journal Qiushi, the latest issue of which was received by subscribers on Saturday, Tibet’s party chief Chen Quanguo said that the government would ensure only its voice is heard.

“Strike hard against the reactionary propaganda of the splittists from entering Tibet,” Chen wrote in the magazine, whose name means “seeking truth”.

The government will achieve this by confiscating illegal satellite dishes, increasing monitoring of online content and making sure all telephone and internet users are registered using their real names, he added.

Full Story: China says it will stamp out the Dalai Lama’s voice in Tibet