Certification could cause clergy to go underground 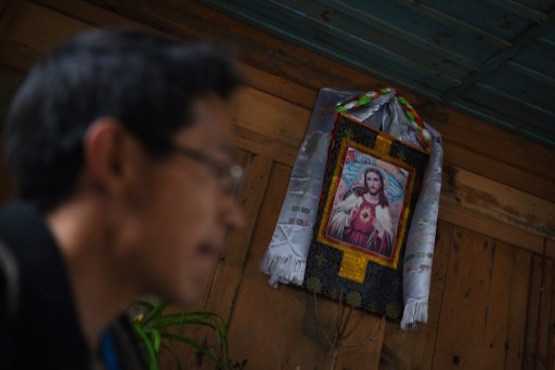 A priest in a Catholic Church in China's southwest Yunnan province last March. China is making it compulsory for all open church priests to carry identification papers. (Photo by Greg Baker/AFP)

China's State Administration for Religious Affairs (SARA) made ID papers for certified Buddhist monks compulsory in 2015 and they're planning to do the same for Taoist and Catholic priests this year.

News concerning the certification of open church priests came from a national meeting of the government's religious affairs directors from across China. The meeting convened in Beijing, Jan. 14-15.

While ID cards for religious clerics have been around for years, it wasn't taken seriously either by the open church or authorities.

Since Catholic priests believe their recognition comes from the church through ordinations, they have simply ignored getting ID papers in the past.

Father Joseph Li Rongping, director of Faith Press in Hebei, told ucanews.com that the majority of the priests in the open church did not have ID cards.

"It is used only when one travels to another diocese to show the authorities when needed," Father Li said.

"If the authorities are serious on certifying all the priests this time, it could result in forcing those priests who refused to get an ID card to go underground," said one priest, who identified himself as Father John.

Officials require Buddhist monks and Taoist priests to have the ID cards because their temples are managed by multiple government departments.

Father John told ucanews.com that the push for ID cards has to do with the many "fake religious personnel" masquerading as clerics. "But even those ID cards could be faked," he said.

In related news, the Communist's United Front Work Department — which oversees the religious affairs administration — said in a Jan. 8 report that it has guided various government departments for a unified understanding on religion and religious issues.

A Chinese researcher, who asked not to be named, highlighted the use of the words "unified understanding."

"Often, things need to be read reversely in China. If the United Front Work Department has to bring about a unified understanding, it means there is no consensus," a researcher told ucanews.com.

This also means "there are split views among different ministerial departments on how to deal with religions."