Latest round of negotiations was not as smooth as expected, says commentator 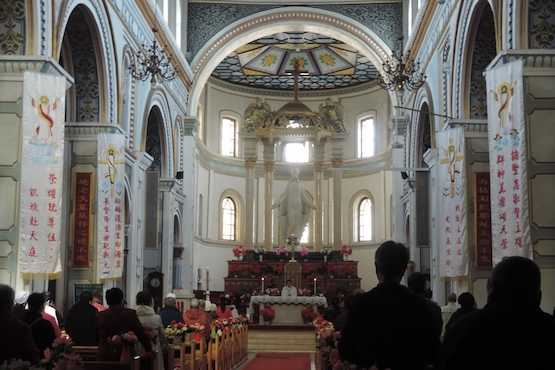 Beijing has taken a strong stance to a Vatican statement about missing Bishop Peter Shao Zhumin of Wenzhou, with a spokesperson for the Foreign Ministry criticizing the intervention.

Lu Kang, a foreign ministry spokesperson, was quoted in media saying that even if the Vatican had asked China about the situation of Bishop Shao, "we do not think this is a reasonable and correct thing to do."

The Holy See press office released a statement on June 26 expressing it was "profoundly saddened" with the case of Bishop Shao, who has been missing for a month.

The Vatican statement and Chinese reply comes at a time when a new round of China-Vatican negotiation has concluded in Rome.

A report of the Eglasie D'Asie (EDA), agency of the Paris Foreign Missions Society, reported on June 28 that "After several days of work with their counterparts in the Vatican, Chinese negotiators took the plane to Beijing a few days ago." But the EDA report did not give the exact dates of the meeting.

Though some people may suspect Bishop Shao's situation as the obstacle that led to the recent impasse, a church commentator in China who asked not to be named said, "Bishop Shao is not the first and only Chinese bishop under detention in recent years but the Vatican remains silent."

"The Vatican statement and remarks by Chinese officials show tension between both sides. Something must have happened before or during the secret talks that outsiders do not know of yet. The timing indicates that the latest round of negotiation was not as smooth as expected," the commentator said.

Meanwhile, Dai Chenjing, a new head of the second division of the State Administration for Religious Affairs (SARA), made a strong statement on China's commitment to running the church when speaking to 150 bishops, priests, nuns and laity on June 20.

The four-days training seminar held by the SARA was to study the priorities outlined during the National Meeting on Religious Work, which was chaired by President Xi Jinping in April 2016. The meeting established the main policy direction of the Chinese Communist Party (CCP) when dealing with religions.

Dai highlighted five major priorities: to steadily promote the Sinicization of the church in China; to uphold the principle "love the country and the church"; to insist on an independent, autonomous and self-managed church; to deepen the development of democratic church management; and to accurately understand China-Vatican relations.

She emphasized that insisting on an independent church is the requirement of China's constitution on all religions and is the basic direction of the CCP's religious work. It embodied the state's sovereignty on religious affairs and this principle "will not and cannot be change," Dai said.

She explained this meant that the clergy and laity must be independent from foreign powers in political, economic and ecclesial affairs. She stressed that before China-Vatican relations improved, the China church would continue to elect and ordain bishops of its own. This implies having no intervention from the Vatican.

"The primary meaning of inculturation is the dynamic relationship between the local church and its own culture; whereas Sinization is a requirement of the Party for all religions in China, emphasizing adaptability in politics, social institutional and cultural aspects," Bishop Ma said.

A year ago, Bishop Ma referred to "inculturation" and "Sinicization" interchangeable and was criticized by Catholic commentators.