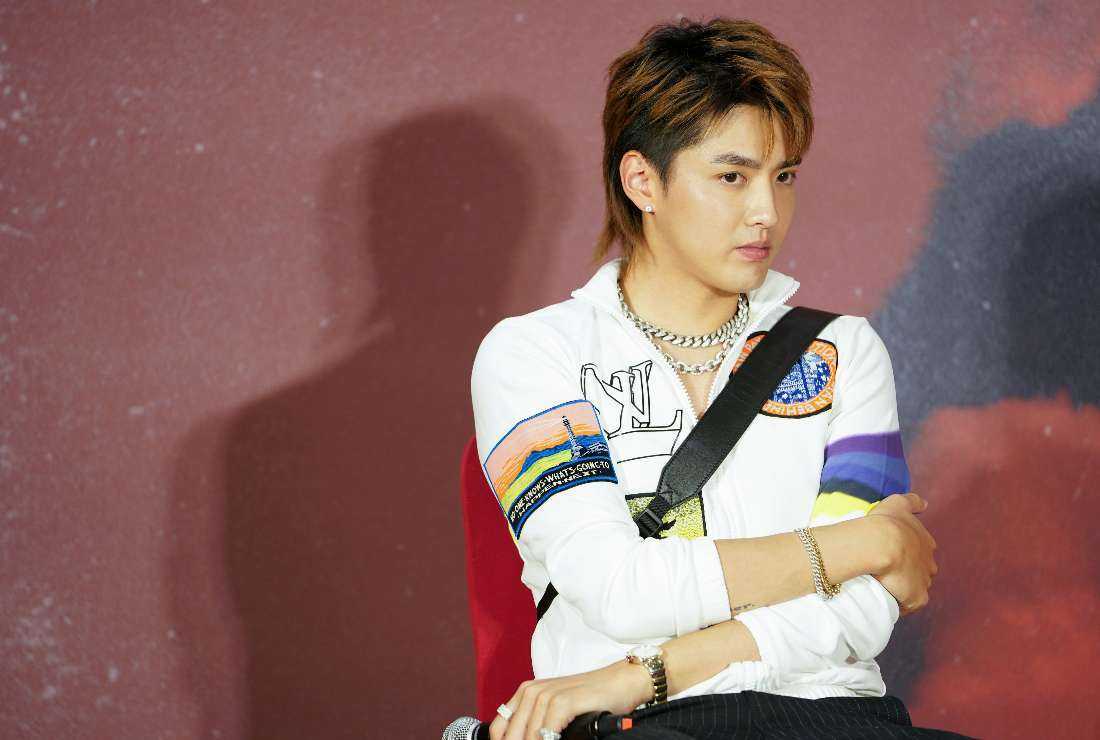 Chinese-Canadian ex-pop star Kris Wu, also known as Wu Yifan in Chinese, attending an event in Beijing. Wu has been jailed for 13 years after being found guilty of rape, a Chinese court said on Nov. 25. (Photo: AFP)

Chinese-Canadian ex-pop star Kris Wu has been jailed for 13 years after being found guilty of rape, a Chinese court said Friday.

Wu originally shot to fame as a member of the K-pop boyband EXO, before leaving in 2014 to launch a successful solo career as a singer, actor, model and variety show judge.

Nineteen-year-old student Du Meizhu last year accused Wu of date-raping her when she was 17, resulting in a barrage of public criticism and luxury brands dropping deals with him.

Wu was sentenced to "11 years and six months of imprisonment for rape", the court in Beijing's Chaoyang district said Friday, adding he "was also sentenced to imprisonment of one year and 10 months for the crime of gathering people to commit adultery".

"It was found that the defendant Wu Yifan (Kris Wu) had forced sexual relations with three women at his residence from November to December 2020 when they were drunk and did not know or were not able to resist," the court said.

Wu will serve a 13-year term before being deported, it added.

Wu "used a fake business to convert the nature of his income and falsely declare it, and evaded 95 million yuan of tax by concealing personal income through multiple domestic and overseas affiliated companies", Xinhua reported.

Canada's foreign ministry said it was "aware that a decision was rendered" in the case, adding that consular officials had been present for the verdict announcement and were "providing consular assistance to Mr. Wu and his family".

A spokesperson declined to provide further information "due to privacy considerations".

Wu was previously one of China's most bankable stars, but brands including Louis Vuitton, Bulgari, L'Oreal Men and Porsche suspended their partnerships with him over the case.

And more victims spoke out online in the wake of the initial claims, accusing Wu's staff of predatory behaviour including inviting them to boozy karaoke parties.

The Weibo trending hashtag "the law is the lowest standard of morals" also racked up 830 million views, as users complained about the high legal threshold required for victims to prove sexual assault in court.

Beijing moved decisively to suppress the feminist movement, arresting dozens of student activists in a show of its zero-tolerance approach to those deemed potential threats to its control.

A landmark case brought by screenwriter Zhou Xiaoxuan against high-profile TV presenter Zhu Jun was dismissed last year, with a Beijing court also throwing out an appeal this August.

And while tennis star Peng Shuai's allegations of sexual assault against a senior Communist Party politician sparked an international outcry last year, her claims were swiftly censored within China.

Celebrity crackdown
Wu's case was at the centre of a sweeping government crackdown on celebrity culture that took hold last summer.

Around the same time as his arrest, top actress Zheng Shuang was hit with a $46 million tax evasion fine while references to film star Zhao Wei were wiped from video streaming sites.

Critics have argued that the moves also aimed to enhance the Communist Party's ideological control and curb external influences that could pose a threat to its rule.