Under new rule, churches can only use their finances with instructions from the Chinese Communist Party 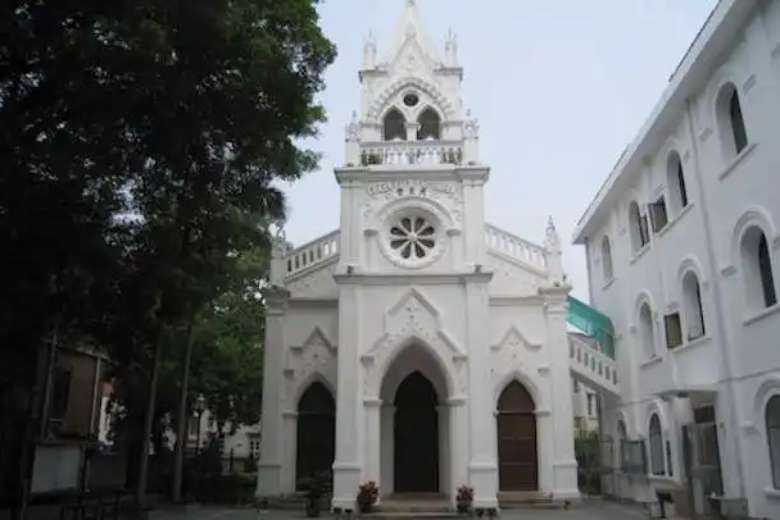 Christ the King Church on Gulangyu island near the port city of Xiamen on China's southeast coast. China is aiming to tighten controls of the finances of religious groups. (Photo supplied)

China’s communist regime has established a joint system to tighten control of the finances of religious organizations with an aim for stricter imposition of the Sinicization of religions, media reports say.

The Ministry of Finance and the State Administration for Religious Affairs (SARA) have announced that the financial affairs of religious entities, including revenue, expenses and local and foreign donations, will come under the state’s supervision from June 1.

The government says the measure is designed to streamline financial management of religious groups that carry out activities on Chinese soil, FSSPX News reported on April 28.

Theoretically, churches and their finances cannot be used without instructions from the Chinese Communist Party (CCP) once the regulations are enacted, observers say. It will also make it impossible for underground religious groups including Catholics to use premises of state-recognized churches and chapels.

Underground church officials have expressed concerns over the new regulation, describing it as a new tool to expand the Sinicization of the Catholic Church and to put pressure on unofficial churches to join state-sanctioned bodies.

Sinicization is a political ideology of the CCP that aims to impose strict rules on societies and institutions based on the core values of socialism, autonomy and supporting the leadership of the party.

For the Vatican, the agreement is an effort to unite Chinese Catholics divided between underground and state-recognized churches, though it allows China to have a say in bishop appointments

The new regulation comes against the backdrop of the two-year Vatican-China provisional agreement in 2018 on the appointment of Catholic bishops in China, which was renewed for another two years in 2020. The deal expires in October.

For the Vatican, the agreement is an effort to unite Chinese Catholics divided between underground and state-recognized churches, though it allows China to have a say in bishop appointments. Analysts say the deal might naturally lead to establishing diplomatic ties between the Vatican and China in the near future.  Diplomatic relations were severed in 1951 following the communist takeover.

Two recent state measures also seek to control religious groups. In March, the government ordered that no religious website is allowed to disseminate any religious content without prior permission. In February, the government created a database to monitor all active religious personnel including Catholic clergy.

Officially an atheist state, China legally recognizes five religions — Catholicism, Protestantism, Buddhism, Islam and Taoism. However, the communists have strictly controlled state-sanctioned religious groups and oppressed those belonging to unregistered and unrecognized groups such as the Church of Almighty God, Falun Gong and even underground Catholics.

Under the rule of President Xi Jinping since 2013, China has adopted a series of repressive rules including new regulations on religious affairs and made renewed attempts to persecute and impose stricter Sinicization on religious groups and their members who refuse to join state-approved bodies or pledge allegiance to the CCP.