Indian Muslims hold placards during a protest against the Chinese government over the detention of Muslim minorities in Xinjiang, in Mumbai on Sept. 14. China has long imposed draconian restrictions on the lives of Muslim minorities in its Xinjiang region in the name of combating terrorism and separatism, with police measures intensifying in recent years. Upwards of one million ethnic Uyghurs and other Turkic Muslim minorities are being held in counter-extremism centers, according to estimates cited by a United Nations panel on racial discrimination. (Photo by Punit Paranjpe/AFP)

In 2018, the Vatican finally signed its long desired deal with China's ruling Communist Party on the appointment of bishops, yet it did so in a year when Beijing significantly escalated its religious persecution.

The deal appears to have emboldened Beijing in its desire to crush all of its enemies, both real and imagined, including non-compliant religious groups.

In the second week of December alone, China detained about 100 people, including Pastor Wang Yi, who worshipped at the evangelical Early Rain Covenant Church in Chengdu, the capital of southwestern Sichuan province.

The church has long been a thorn in the Party's side, agitating for fairness, equity and religious freedom for decades.

It came to prominence in the aftermath of the devastating May 2008 earthquake in Sichuan that saw about 90,000 people, including many children in shoddily built schools, lose their lives.

More recently, Pastor Wang has been openly critical of Chinese leader Xi Jinping, even writing a 7,000-word screed about the party's approach to religious movements called "Meditations on the Religious War."

He has also organized petitions against tightened new rules on religious groups that Beijing promulgated in February. The regulations have lent more legal support to Xi's crackdown, which he launched in 2015 with the aim of bringing all religious groups and activities under the Party's iron fist.

The main focus of the crackdown is unregistered churches, also known as house or "underground" churches, that have not agreed to align with government-controlled associations that control both Catholic and Protestant churches.

Ironically, the authorities' raids on such "renegade" churches extended to Dec. 10, when the world marked International Human Rights Day and the 70th anniversary of the United Nations Declaration of Human Rights.

Catholics who attend underground churches in China continue to suffer. At least four priests and one bishop have been detained and forced to undergo a process of "re-education" in recent weeks, with the aim of getting them to pledge their fealty to Beijing rather than Rome. Yet the most egregious example of persecution by Beijing — outrageous even by its own standards — is its campaign against ethnic-Muslim Uyghurs in Xinjiang.

The Turkic minority of about 10 million people in this northwestern province burst into the global consciousness this year. The world watched with alarm as hundreds of thousands of Uyghurs were sent to these so-called re-education camps, as Beijing attempted to stamp out what it perceived to be the threat of "separatism" with a heavy hand.

The camps are said to house as many as 1 million people, maybe more. They are tearing apart families and communities. Critics see them as an attempt at "cultural genocide" as the Xinjiang government, operating under party secretary and Politburo member Chen Quni, tries to root out Islamic practices that Beijing sees as a terrorism risk.

The situation in Xinjiang has tragic echoes of what is happening to a million or so Rohingya from Myanmar who have been forced to live in exile in makeshift refugee camps in neighboring Bangladesh by a combination of coordinated military action and hard-line Buddhist militias.

The exodus that began in August 2017 and gathered pace early this year has not stopped. Meanwhile, a plan to begin repatriating them in November was stillborn, with many Rohingya saying they still feared for their lives in Myanmar, among other reasons. Little progress is expected in the coming months.

The Rohingya are not the only victims of religious persecution in Myanmar: the country is experiencing a civil war in its northern regions as the mostly ethnic-Christian Kachins continue their fight for independence for a seventh year. Their adversary is the same military that has perpetrated unspeakable violence against the largely defenseless Rohingya

But China and Myanmar are hardly the only authoritarian regimes in Asia to have launched attacks on religious groups during an awful year for worshippers of so many different stripes.

Christians in Pakistan, India and Vietnam alike have come under attack, particularly Christians in areas populated by ethnic minorities.

Even in the devoutly religious Philippines, home to 80 million Catholics, millions of Protestants, and at least 10 million Muslims, President Rodrigo Duterte has attacked the church.

His illegal program of extrajudicial killings aimed at drug dealers and users has expanded to include activists and priests, at least four of whom have been executed recently.

Sadly, the outlook for 2019 doesn't look much more promising.

Hard-line Islam is on the rise in Indonesia and appears to be allying with the opposition lead by former general Prabowo Subianto, who will face off for the second time against President Joko Widodo in the April elections.

Widodo, a moderate who is often cast as a "weak" Muslim, has countered this criticism and bolstered his religious credentials by choosing influential Islamic scholar Ma'ruf Amin, 75, as his running mate.

Still, radicals in Indonesia are on the march. They showed no mercy in blowing up a church near Surabaya, Indonesia's second-biggest city, back in May. More recently, religious extremists launched attacks on Protestants in Papua who have been agitating for independence for decades.

Religious minorities in India and Sri Lanka have also not been spared.

India is expecting a general election in April or May and the pro-Hindu government is allowing radical groups to foment hatred and violence against Christians and Muslims.

In Sri Lanka, the emergence of former president Mahinda Rajapaksa as a prospective prime minister has ethnic Tamils especially concerned as the Supreme Court deliberates his nomination, which sparked a constitutional crisis and threw Sri Lanka's parliament into chaos.

There are about 2 million Tamils in this Buddhist-majority country. Hindus comprise 80 percent and Catholics 20 percent. Protestants, Muslims and Buddhists make up the rest of their numbers.

Over in predominantly Buddhist Thailand, the army and security forces have been battling Muslim separatists in its three southern provinces for the last decade.

Although the military claims to be getting a handle on the violence, with the number of attacks allegedly dropping in the last couple of years, the shootings and bombings continue as groups of insurgents refuse to accept Bangkok's rule.

Amid all this, some democratic countries that believe in freedom of religion have begun to speak up. But while there has been little in the way of positive leadership from the White House on these issues, concerned groups in Congress are making headway in some areas.

However, more pressure needs to be brought to bear from other countries in the region like Australia, New Zealand, Japan, South Korea and Taiwan, where democracy and the rule of law is respected, as well from Europe and the Americas.

And with Muslims in Myanmar, Bangladesh and China among the most heavily persecuted groups in Asia right now, Islamic nations — with some exceptions — have been notably silent. This is particularly true of the pogrom in Xinjiang. China uses its huge trade and investment checkbook as a weapon to silence dissenting nations. But now is the time for Muslims to speak up for their fellow believers, as they do elsewhere. 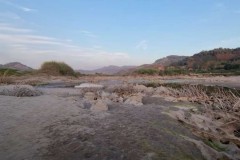