Chen Yunfei has been persecuted by authorities for years due to his staunch defense of human rights, groups say 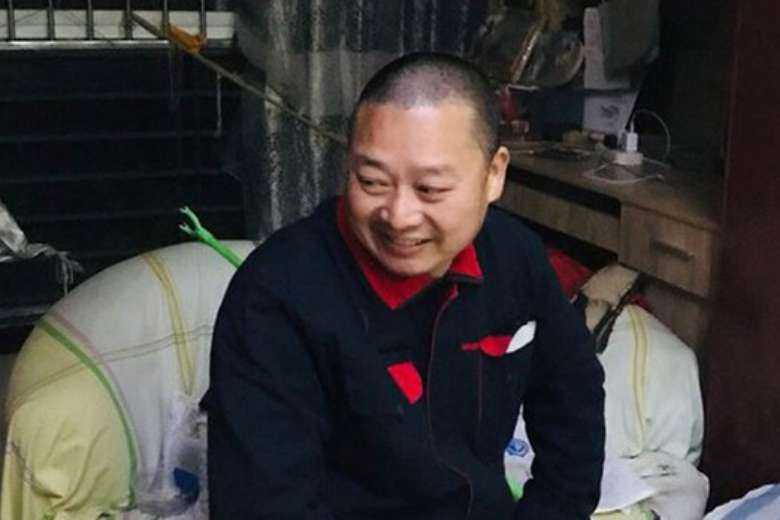 A court in southwest China has sentenced a prominent blogger and rights activist to four years in jail on charges of sexual misconduct, more than six months after he was arrested and held in detention for writing articles critical of China’s school education system.

The Pidu People's District Court in Chengdu, the capital of Sichuan province, convicted Chen Yunfei after a closed trial on Dec. 3, according to Chinese Human Rights Defenders (CHRD), a coalition of exiled Chinese and international human rights defenders.

The court found Chen guilty of child molestation, which is a common allegation to defile and silence critics of the Chinese Communist Party (CCP), reports Radio Free Asia.

Chen was found guilty of forcibly engaging in indecent behavior and molesting a child. He was sentenced to 18 months and three years on the respective charges.

Following the sentence, Chinese rights group Weiquanwang posted a statement with quotes from Chen where he denied the allegations.

"This prosecution was on the basis of trumped-up charges and was changed from the initial charge of picking quarrels and stirring up trouble in order to deliberately stigmatize me," Chen said, adding the he has had "no evil thoughts" during his contact with children.

He has been subjected to threats, harassment, physical attack, illegal detention and house arrest as a result of his work

The statement also said that Chen believes the trial and sentence stem from his research into nine-year compulsory education in schools and his two articles posted online that were critical of the government and likely enraged the CCP leadership.

Chen was arrested on March 25 shortly after he posted the articles based on his visits to schools in Sichuan over the previous two years.

Chen was charged and jailed for four years in March 2015 on a charge of "picking quarrels and stirring up trouble" after he organized and participated in a memorial service during the grave-sweeping festival of Qing Ming. The rally called for justice for the victims of the 1989 Tiananmen massacre. He was released from jail on March 25, 2019.

CHRD claimed that Chen was denied any access to lawyers and contact with family members after his latest arrest.

Weiquanwang noted that 54-year-old Chen, who participated in the 1989 Tiananmen protests, has suffered abuses and persecution for his human rights activism since 2008. They included arrests, jailing, raids on his house, house arrest and beatings.

Ireland-based rights group Frontline Defenders has monitored and documented the oppression of Chen over the years.

“Chen Yunfei is a human rights defender and blogger who has campaigned against environmental degradation, highlighted human rights abuses and spoken out on behalf of the families, seeking justice for those killed in the aftermath of the Tiananmen Square protests in 1989. He has been subjected to threats, harassment, physical attack, illegal detention and house arrest as a result of his work,” the group said.

He has shown huge tenacity, optimism, positivity and great honesty over a very long period of time

Recently, Chen was honored in the US for his relentless activism despite the repression.

Zhao Xin, director of the foundation, said Chen has been steadfast in his human rights defense and advocacy for justice for the victims of the 1989 massacre.

"He has shown huge tenacity, optimism, positivity and great honesty over a very long period of time," Zhao told RFA. "He is brave and fearless; a true warrior of the 1989 protest movement. We should never forget our brothers in prison who have been fighting for such a long time."