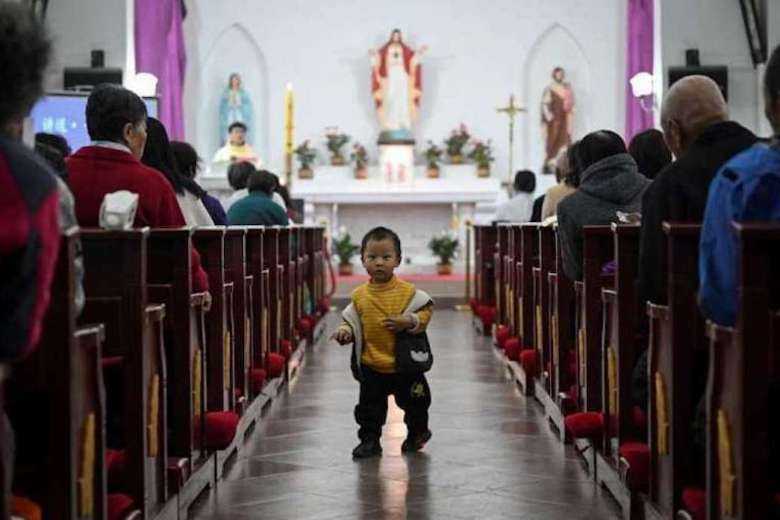 The middle-aged men — Fu Hyunjuan, 43, Deng Tianyong, 50, Feng Qunhao, 45, and Han Li, 40 — were jailed and fined for their involvement in the business in Shenzhen city in southeast China’s Guangdong province, reported Bitter Winter, a magazine on human rights and religious liberty, on Aug. 3.

They faced trial at the Bao’an District court on Dec. 9 last year but their verdicts were delayed, Bitter Winter said. It also said family members of the four men and fellow Christians were threatened not to discuss the case.

China’s communist regime has long tolerated production and sales of Bible prayers and electronic Bibles, which are popular among Christians.

Chinese authorities have been removing Bible apps and Christian WeChat public accounts, the Christian Post reported in May.

International Christian Concern reported that Bibles in hard copy are no longer available for sale online either, adding that Bible apps can only be downloaded in China with the use of a virtual private network (VPN).

A policy of Sinicizing religion has been implemented across the country as the CCP relies strongly on Chinese cultural identity to stay in power and limits whatever it perceives as a threat to its control of society, Open Doors reported.

Sinicization aims to impose strict rules on societies and institutions based on the core values of socialism, autonomy and supporting the CCP leadership.

New restrictions on the internet, social media and non-governmental organizations, and the 2018 regulations on religion, are strictly applied and seriously limit freedom. Churches are being monitored and closed down, whether they are independent or part of the Three-Self Patriotic Movement, the officially sanctioned Protestant Church in China, Open Doors noted.

“And it’s not just the introduction of new laws that impinge on Christian activity, it’s also the stricter implementation of already existing laws, such as the ban on the online sale of Bibles,” it said.