Chinese security forces have increased surveillance in a host of villages in a southern province near the border with Vietnam allegedly to save ethnic Mien villagers from the “infiltration” of illegal religions from the neighboring country.

The villagers, mostly ethnic Mien, have received propaganda material and warnings from “legal education” officers against the intrusion of illegal religions from Vietnam. They have been asked to denounce any allegiance to xie jiao, which is a punishable offense in China.

The Mien are a major ethnic group in Southeast Asia who speak a dialect of the Hmong-Mien languages. In the early 21st century, there were some 2.7 million Mien in China, about 350,000 in Vietnam, 40,000 in Thailand and 20,000 in Laos. Thousands of Mien people have migrated to the US, Europe and Australia in recent years.

Mien people traditionally rely on slash-and-burn agriculture for a livelihood. They have their distinct culture and social practices based on religious faith and a clan-based kinship system.

In China, Mien people mostly follow Chinese Taoism, with the authorities recognizing their ethnicity as Yao. However, they reject the term Yao, which literally means “savages.”

Bitter Winter reports that villagers alleged that the measures from Chinese authorities were being used to Sinicize their culture, while there have been efforts to increase tourism in Mien villages in recent times.

Sinicization is a profoundly political ideology of the Chinese Communist Party (CCP) that aims to impose strict rules on societies and institutions based on the core values of socialism, autonomy and supporting the CCP leadership.

Observers have also noted that Chinese authorities might be concerned that many Mien people in Guangxi province have recently converted to Christianity.

Both China and Vietnam are communist countries, but religious groups fare better in Vietnam compared to the extreme levels of repression and control in China. 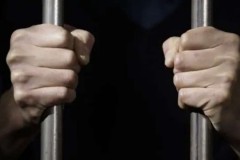 Vietnam's government sometimes meddles in the selection process for leaders of religious groups, but even banned religious groups like Falun Gong are still active in the country.

Villagers in Ningming county expressed fear that in the name of tackling “evil cults” Chinese authorities are in fact attempting to establish complete control of the community's religious activities.

A villager told Bitter Winter that locals are upset at the government’s efforts in presenting the traditional Mien religion to tourists as “folklore” while CCP cadres and police officers often criticize and ridicule their ancient practices like the prophetic power of chicken bones.