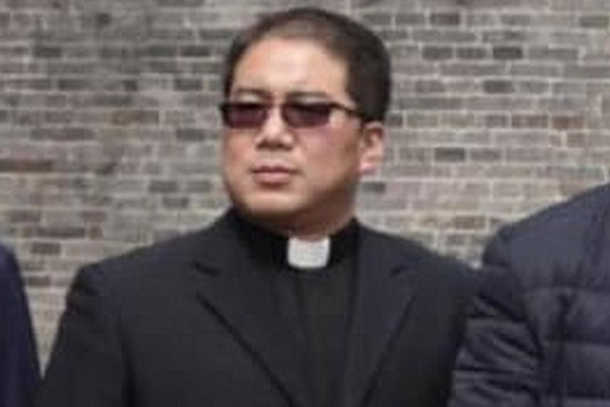 The China Church has held the first round of bishop elections since the Vatican-China provisional agreement on appointing bishops was signed last September.

Father Stephen Xu Hongwei, 44, was elected as coadjutor bishop of Hanzhong on April 11.

Most of the diocesan clergy including Bishop Aloysius Yu Runshen voted in the election, though one was out of town and two were blocked by the government.

“The authorities told the voters beforehand that ‘there is only one candidate. You have to vote for him [Father Xu], otherwise missionary work for the diocese will be banned,’” a local Catholic who identified himself as Peter told ucanews.com.

He said about 100 police and government officers were at the election venue.

“This election was under pressure. By government arrangement, the clergy were escorted to the hotel where the election took place and fully monitored until the end of the election,” Peter said.

Bishop Anthony Dang Mingyan of Xi’an chaired the election and Father Yang Yu, spokesman of the Chinese Catholic Patriotic Association (CCPA) and the Bishops' Conference of the Catholic Church in China, also attended.

John, another local source, said the election was just a formality because Father Xu was appointed by the pope before the China-Vatican agreement.

Father Xu studied in Rome for a master’s degree in theology and served in Canada. Peter praised him as being “knowledgeable and brave.”

Hanzhong Diocese has more than 9,000 Catholics led by one bishop, 24 priests and eight nuns. A church source said Bishop Yu, 85, had told the government that he has no plans to retire yet.

Meanwhile, Jining Diocese elected Father Anthony Yao Shun, the former vicar general of the diocese, as its bishop on April 9.

A local church source who identified himself as Joseph said Father Yao was the only candidate in the election and it was held by Bishop Paul Meng Qinglu of Hohhot, a vice-chairman of the CCPA in the same region.

Joseph told ucanews.com that the election took place in a hotel conference room with only church members while United Front Work Department members waited outside the room for the result.

After Bishop Liu Shigong, 90, died in 2017, the post remained empty. Joseph said the election of a bishop was necessary for the diocese, which has around 70,000 faithful led by 31 priests and 12 nuns.

Father Yao, who is in his 50s, studied in the United States for a master’s degree in liturgy. He was appointed by the pope before the provisional agreement some years ago, Joseph said.

China and the Vatican signed an unpublished provisional agreement on bishop appointments on Sept. 22, 2018.

Bishop Meng, a vice-chairman of the CCPA, revealed to the media that under the agreement the China Church will propose a candidate to the Vatican and the Roman Curia has a month to study it before an appointment is confirmed.

However, an anonymous church observer told ucanews.com that many bishop candidates have already been approved by the Vatican, so the elections are meaningless. This practice existed before the agreement, he added.