Authorities in China’s southern Hunan province have arrested a Christian human rights and religious freedom defender on charges of attempting to overthrow the state, his father learned June 5.

The father of imprisoned human rights lawyer Jiang Tianyong received a statement from a sub-bureau of the Changsha Municipal Public Security Bureau notifying him that officials arrested his son on May 31 for “subversion of state power,” a charge reserved for those who plan to overturn the regime.

Jiang has represented individuals persecuted by the Communist Party for their faith, including Christians, Tibetan Buddhists, Uyghur Muslims, and Falun Gong practitioners as well as other minority groups and petitioners.

He has testified in front of the US Congress twice, spotlighting China’s forced abortion and sterilization practices as well as their continued abuse of rule of law.

Jiang disappeared on Nov. 21, 2016, as he was returning to Beijing from a visit to the family of Xie Yang, a human rights lawyer imprisoned on July 9, 2015.

Shortly after being taken into police custody, a Chinese propaganda source alleged he illegally possessed state secrets and leaked such information to foreign entities.

On Dec. 1, 2016, government personnel charged him with “inciting subversion of state power” and sentenced him to time in an unofficial “black jail.”

Upon his arrest, officials altered the accusation, saying he is suspected of “subversion of state power.”

Jiang resurfaced June 5 when authorities announced he was being held at the Changsha No. 1 Detention Center. For the entirety of his incarceration, he has been barred from meeting with lawyers, ChinaAid said.
Related News 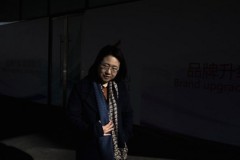