The state will continue to appoint bishops for the 'open' Catholic Church, said a new administration plan 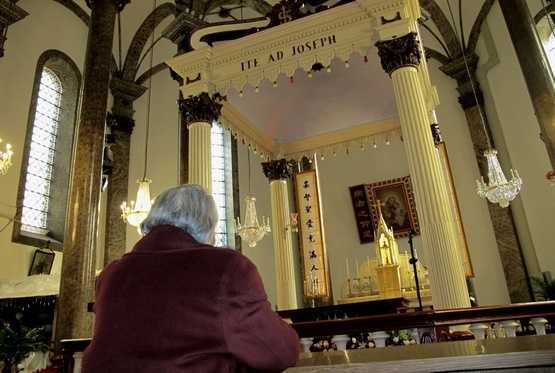 China is to continue choosing bishops for the "open" Catholic Church and it will celebrate the 60th anniversary of the Chinese Catholic Patriotic Association (CCPA), are two details from an annual plan drawn up by a communist body overseeing religious affairs in the country.

Posted on the State Administration of Religious Affairs of China's official website on Jan. 26, the working plan for 2017 said that it had been decided to enhance government legal powers over religious work of the amended Regulations on Religious Affairs and to maintain accountability via the strict management of Communist Party members. The plan likewise resolved to implement the spirit of the National Conference of Religious Work which was attended by President Xi Jinping in April 2016.

On the Catholic Church, the Chinese administration said it would "steadily push forward, electing and ordaining bishops on its own."  Such wording has been used by China since 1950 when ordaining bishops without interference from the Vatican. However, the phrase was only mentioned once during China's 9th National Congress for Catholic Representatives held in Beijing on Dec. 27-29, according to local media. Some church observers believed it was a positive sign for China-Vatican relations.

"Given the ongoing talks with the Vatican, we can expect that bishops ordained in 2017 will have dual approval from both sides under a tacit agreement. However, I think the slogan will still be in use before an accord is signed," said a Chinese researcher who asked not to be named.

The religious administration also decided to direct the CCPA and Bishops' Conference of the Catholic Church in China (BCCCC) to research three policies to run the church in a democratic way. These policies, promulgated in 2003, were "Work Regulations for the Catholic Patriotic Association," "The System for the Joint Conference of Chairpersons of the CCPA-BCCCC" and "A Management System for Catholic Dioceses in China."

The state department will also offer support to the CCPA-BCCCC to conduct foreign exchange programs, but there were no details of any specific ideas or the naming of any places or countries.

To consolidate the church structure, the administration will control the celebration of the CCPA's 60th anniversary, strengthen the formation of talented Catholics for human resources and enhance the training of key clerics and patriotic laypeople. Many Catholics, including those in the open church community, despise the CCPA which advocates independence from the Vatican and has been accused of corruption. It is another sticking point in China-Vatican negotiations. The entrance of the Chinese Catholic Patriotic Association and the Bishops' Conference of the Catholic Church in China, Beijing. (ucanews.com photo)

Specific plans for other religions

For Islam, the administration will continue the work of de-radicalization while investigating cases of Islamic interference with government administrations, the judiciary, education and social life. The Chinese authorities are concerned about the spread of Muslim extremism from northwestern Xinjiang to neighboring regions like Qinghai and Gansu. Some religious bureaus in these regions even use Arabic alphabets in their logos even though the Han Chinese demand their atheist government should be religion-free.

The administration also decided to try and prevent halal food becoming widespread after a blogger living in northwestern area said that the spread of halal was affecting non-Muslims.

"It is ridiculous that even the Chinese people have to hold their banquets in a halal restaurant just because a few guests are Muslim. The Chinese restaurants label themselves as providing halal food to attract business from the Muslims," he said.

Measures and mechanisms will be employed to cope with the financial management of Buddhism and Taoism who will be expected to venerate in a more environmental by burning less incense. The state department will also help the Taoists set up the World Taoist Federation and celebrate the 60th anniversary of the Chinese Taoist Association.

The Protestants will be expected to produce a series of videos on the Siniciziation of the Protestant Church in China.

The religious administration will this year promote the Regulations on Religious Affairs as soon as it is promulgated. Concrete management rules will be formulated for Muslim pilgrimages, religious news services and temporary religious venues.

It will also strengthen the management of religious affairs on the internet, open a Wechat public account for the state department and digitalize religious publications and databases.

For interstate exchanges, the administration will conduct regular exchanges with state religious departments from six countries along the Mekong and Canglan Rivers; exchange with Russia and Central Asian countries on Islam; and participate in bilateral dialogue on human rights with Europe.