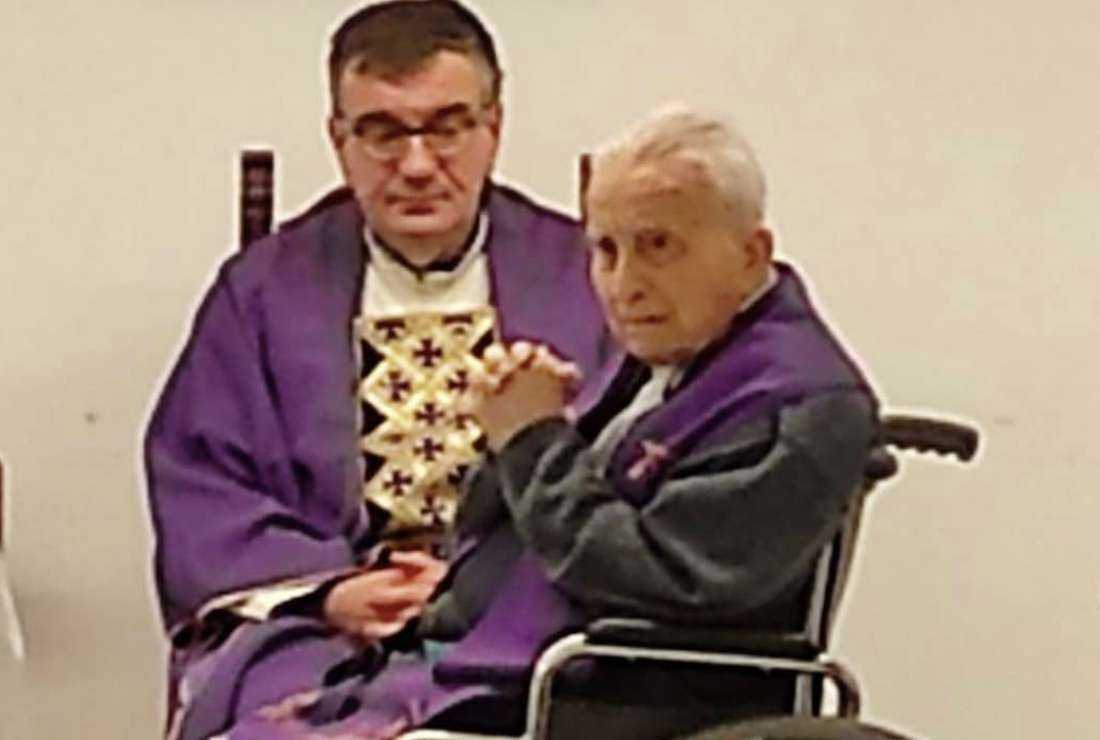 Father Angelo S. Lazzarotto, 97, of the Pontifical Institute for Foreign Missions (PIME) sits (in a wheelchair) with his confer Father Gianni Criveller on Dec. 22 at the Blessed Giovanni Mazzucconi community in Lecco as Lazzarotto marked the 75th anniversary of his priestly ordination. Both priests were missionaries in China. (Photo: supplied) 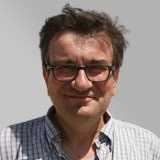 Confreres and friends of an Italian missionary, who helped re-establish dialogue between the Catholic Church and China after the Cultural Revolution, have celebrated a rare event by marking the 75th anniversary of his priestly ordination at a simple ceremony in Italy.

Father Angelo S. Lazzarotto’s ordination anniversary was celebrated on Dec. 22 with a Mass and cake cutting at the Blessed Giovanni Mazzucconi community in Lecco, where the 97-year-old priest lives.

Members of Father Lazzarotto’s Pontifical Institute for Foreign Missions (PIME) in Italy said many friends and admirers from Italy, China and other countries sent him their good wishes.

The frail priest finds it difficult to hold long conversations and only a limited number of visitors were allowed to the home for elderly and sick missionaries where he lives.

"I was committed to the association of Catholic Action with enthusiasm"

Father Lazzarotto was born in Falzé di Piave in northern Italy on May 14, 1925, in the Diocese of Vittorio Veneto.

“My missionary choice matured while I was attending the municipal gymnasium of Conegliano Veneto. I was committed to the association of Catholic Action with enthusiasm,” he told friends.

“We read about the tragic events of the civil war in Spain, with its numerous martyrs and I admired their sacrifice. I also remember the courageous denunciations by our teacher in religion against the anti-Jewish legislation introduced by Mussolini,” he recalled.

He joined PIME in June 1940, at the age of 15. Among his educators was Attilio Garré, a missionary from China, who made a particular impression on the young seminarian who, for the first time, was exposed to the narration of the Chinese nation.

“I also remember the periodic visits by Bishop Lorenzo M. Balconi, the PIME superior-general. He was an austere man who still bore the marks of the violence suffered in China. The heroic climate of the missions seemed normal to us. The martyrdom of our China missionaries, in Kaifeng and Weihui in 1941 and 1942, was part of our missionary imaginary,” he recalled.

He was ordained a priest in 1947, at the age of 22, and studied Mission Theology in Rome.

Father Lazzarotto arrived in Hong Kong in 1956 and worked there until 1965 when he was elected to the General Directorate of PIME.

He became the director of the Catholic Centre, a driving force of Catholicism in Hong Kong.

In the late 1970s, Father Lazzarotto made his first contact with Catholics in China. Together with others, he contributed to the re-establishment of dialogue between the Catholic Church and Chinese authorities.

He returned to Hong Kong in 1980 and, together with Father John Tong (who later became cardinal), and two others from Maryknoll missionaries founded the Holy Spirit Study Center, which for decades remained the best-informed center on the Catholic Church in China.

Father Lazzarotto is among the so-called "gang of four" missionaries, the sinologists who from the eighties developed contacts and collaboration with the Church in China, after the dark years of communist persecution and the Cultural Revolution.

The Catholic University of Milan in 2015 conferred Father Lazzarotto with the "Matteo Ricci" award for his contribution to dialogue with the Chinese people and culture.

Father Lazzarotto said he was happy to hear the news of Pope Francis declaring Ricci, the 16th-century Jesuit missionary to China, venerable on Dec. 17.

Father Lazzarotto also endured blatant injustices. In 2011, at the age of 86, he was prohibited from entering China for no apparent reason.

His confreres said he bore this unfairness with patience and faith, adding in no way had he lessened his love and esteem for the Chinese people.